Growing up in NorCal, I always pictured the region south of Monterey as one big desert wasteland. The Mojave and San Joaquin Valley are certainly two vast areas I try to spend as little time as possible traversing and Los Angeles is exactly the urban pit of snarled traffic nightly news describes. A short drive away, though, in the Transverse Ranges and the southern Sierra Nevada, are some of the best alpine trails in all of California. Often a shorter drive than the long haul from the Bay Area to Tahoe, these less-ridden routes boast 5k foot descents and impressive point-to-point lengths that exceed comparable trails up north. 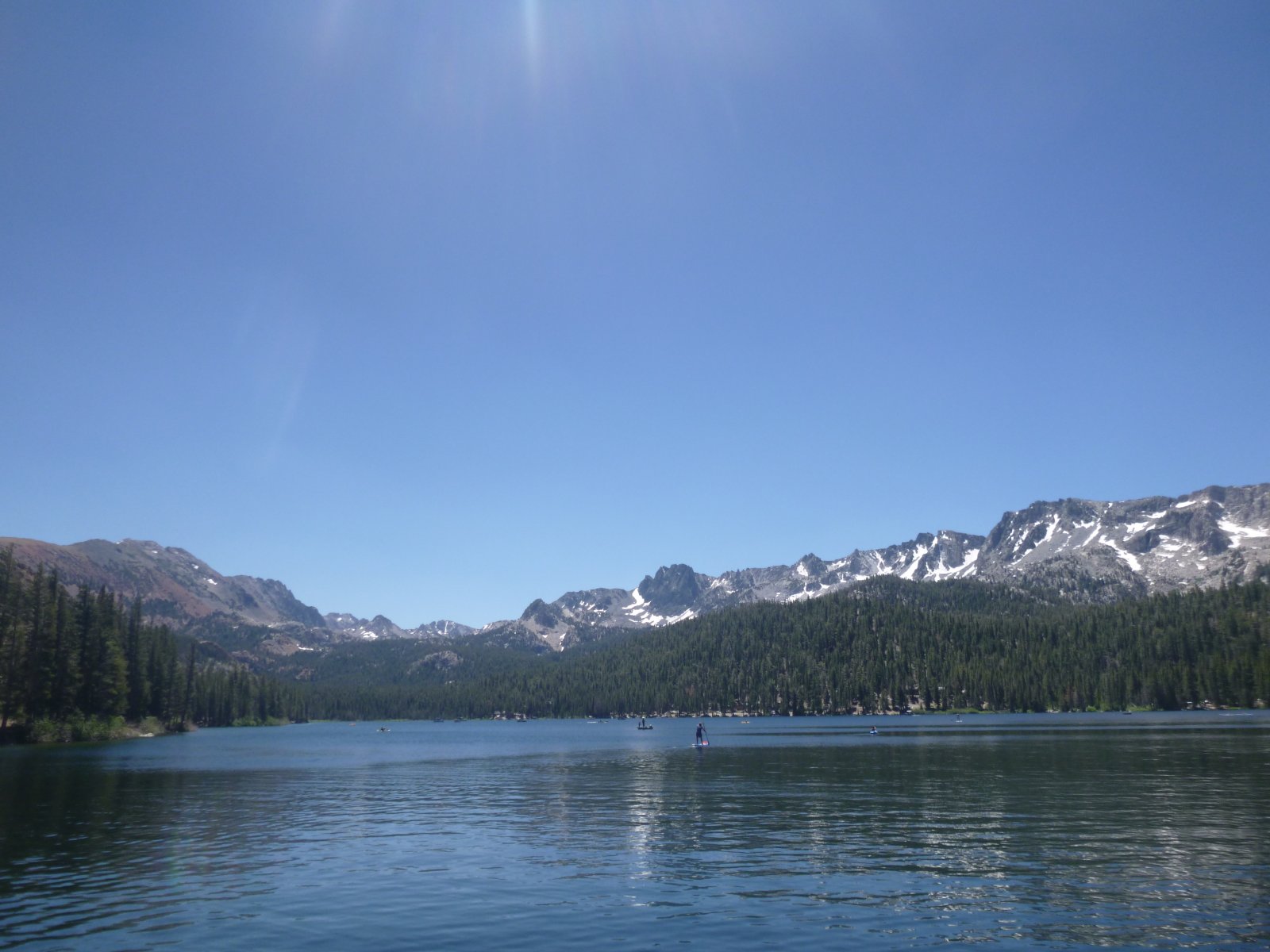 I have ridden most of these routes multiple times, but back-to-back road trips in June and July 2016 encouraged me to document them. I was sitting at a lake beneath a cathedral of rock shedding the last of its winter snowcover when I realized that I just wanted to stay out here forever and not go home, so these rides are absolutely worth sharing.

The first road trip was a one way drive from Santa Barbara to Carson City, Nevada for the Epic Rides Back Country Race with my UCSB Cycling friend Dom. Along the way we stopped at Mt Pinos for a few laps of McGill Trail, then camped high above the Owens Valley and rode Lower Rock Creek. The second trip was a longer altitude acclimation stint with Larissa Connors prior to the 2016 mountain bike National Championship race at Mammoth Mountain. I get a lot of ride planning questions for these areas, so I figured it was a good reason to document these amazing rides and good times with friends.

Rather than order the rides chronologically, they are listed here in what would be the most logical order driving from my place in Santa Barbara. The same route would probably make sense from Los Angeles and even from Norcal driving down I5 or 101. I've included Google Map pins for parking, and the Strava images link to my activities. Here is a full road trip route as I've ordered the rides in this post. With Dom, I rode #1 and #5, and tackled #2, #3, and #4 with Larissa a few weeks later. If I didn't have to worry about overdoing it before races, I would cram all these excellent rides into one road trip.

Mt Pinos and the McGill Trail are easily accessible from I5. Exit at Lebec at the top of the Grapevine, drive west on Frazier Mountain Park Road, continue on Cuddy Valley Road to the left turn intersection to Mt Pinos. Park here and ride up the road or trail, or drive to the top for shuttles or multiple laps. 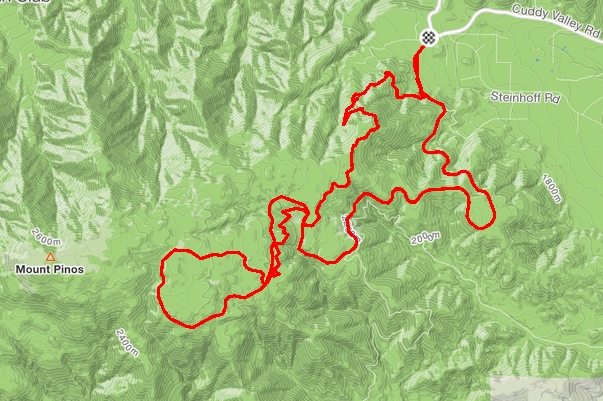 Dom and I left SB mid-morning and took the scenic route to Mt Pinos, winding up Highway 33 and Lockwood Valley Road from Ojai, through the Wheeler Gorge to the plateau above in the Los Padres National Forest. Occasional stands of pine on north facing slopes hint at the hidden alpine environments on the higher peaks. Whenever I take people here, they can't believe they are still in Southern California. And that's why I keep going back; there's something about the smell of pine and crisp altitude air that I can't resist. 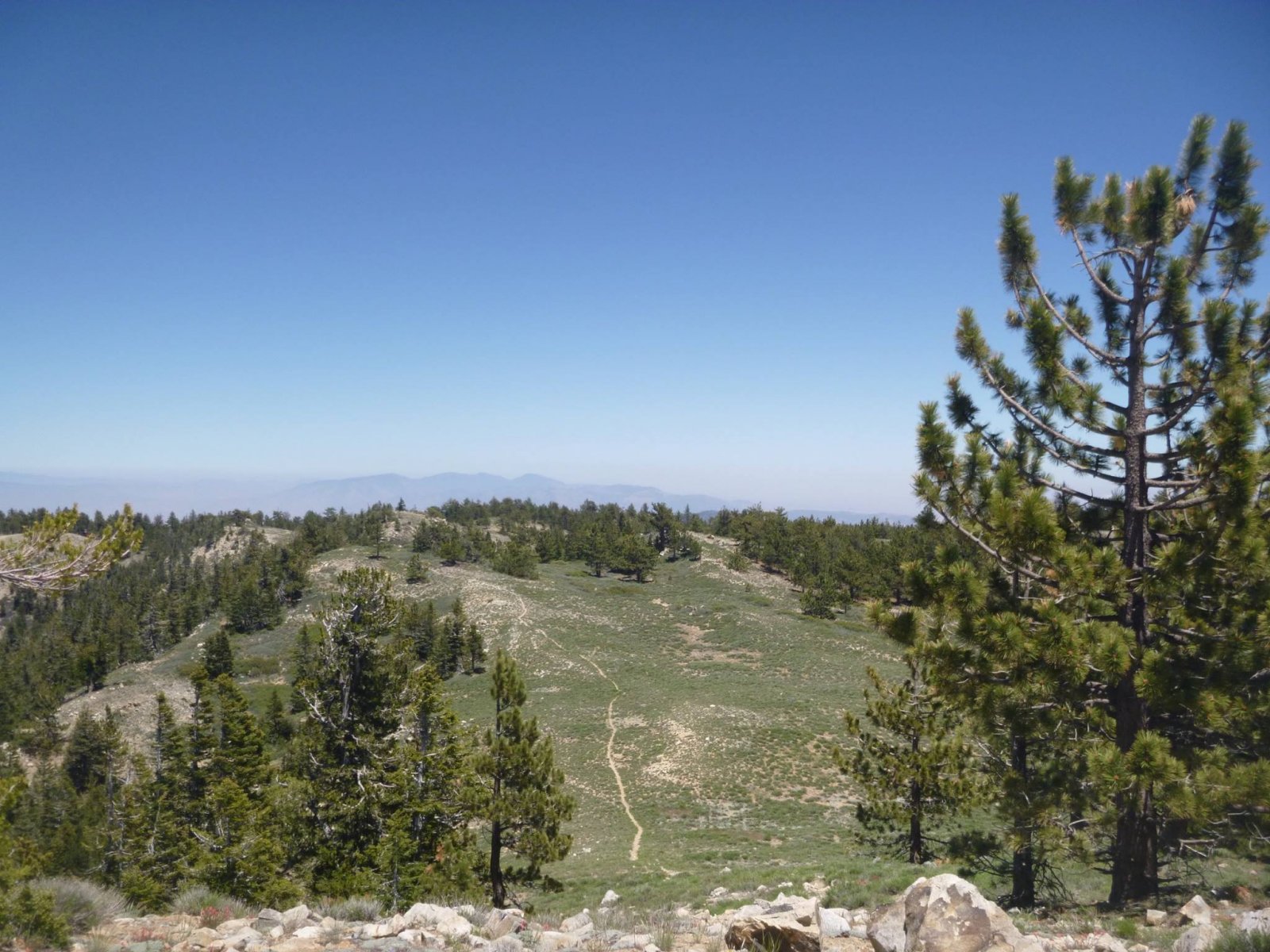 We parked at the Nordic ski base at top of the pavement, road the short out-and-back fireroad to the the true summit (elev. 8,847 ft), rode a lap of the trail together, and then shuttled each other once each. Shuttles here are easy: driving down the pavement to the junction takes nearly exactly the same time as a fast run down the trail. Though weekend crews of L.A. bros show up with armor and big bikes, McGill is thoroughly an XC trail, descending for almost six miles, mostly gradually, fully in the pines, and fast and fun on a hardtail or short travel full suspension bike. For a longer mountain bike route with less driving, check out this ride I did a few years ago where I included some moto trails, or this rather large road bike climb to Mt Pinos and back. 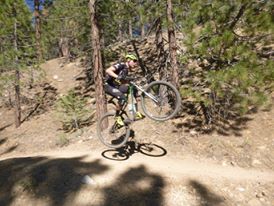 Wrightwood is the home of Mountain High Ski Resort, the finish of stage 6 of the 2014 Tour of California, and some exceptional off-the-radar alpine singletrack. Park at the Community Center, ride up from there, get burritos after just one street over.

I met Larissa and Carl way out in Wrightwood to begin our Nationals altitude fun-camp. "Van Diesel", Larissa's newly acquired van-lifemobile, had been parked in front of my house for a few weeks, so I packed it up and headed down to the rendezvous point, but not before locating the key somewhere inside the van. Losing things would become a theme on the trip. My tardiness allowed them to do a "short" 2,000' climb bonus loop, and then we followed Carl on a tour of some of the goodies Wrightwood has to offer.

I can't claim to have my head wrapped around all the trails in the area, but any ride that finds a way to do the Boyscout Trail lollipop and the Table Mountain singletrack is worth the drive. The former is a very well-built sidehill singletrack twisting around pine trees and skirting shaley talus slopes. The latter is a classic sandy-bermed sinuous chute, with an easy road climb allowing multiple lap access if you've still got some pop left in the legs at the end. The Perfect Cycling Trail also runs through the area, if you know what I mean, but we did not partake on this day. Stuffed with Mexican food, Carl headed home and Van Diesel took Larissa and me up the hill to a dirt road underneath a four story mural of Mountain High Resort's mascot sasquatch, who watched over us as we slept. 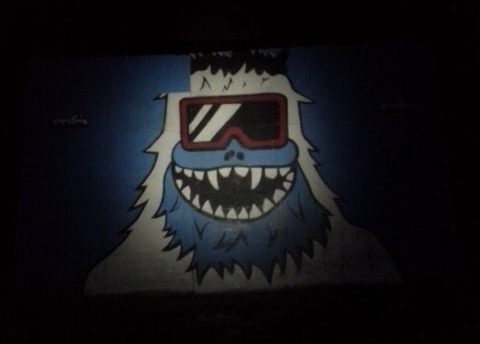 This is a point to point adventure. Leave one car at the bottom in Angelus Oaks, and drive the second vehicle up Highway 38 to the intersection with Hatchery Road and park in the dirt pullout on the north side of the highway. A short version of this ride is to just do the SART, which is feasible as an out and back sans second vehicle. 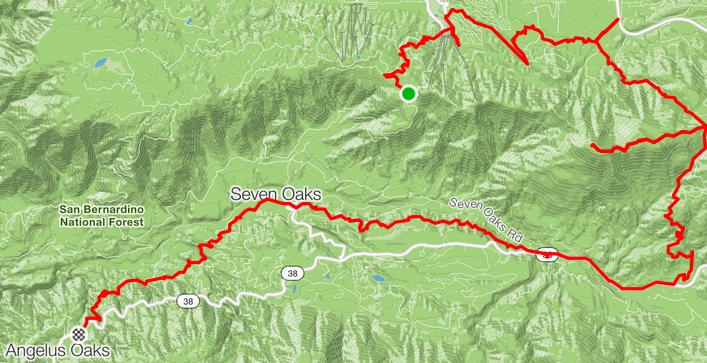 Larissa and I weren't on the road solely for adventure; we had work to do. Our second day was spent cranking out intervals and slaying some KOM's, the third a rest day that saw Larissa taking it seriously easy and me taking the lifts at Snow Summit, and the fourth a romp of XC racing that resulted in both of us winning our respective California State Championship titles. A few days of business and a few nights camping in the woods completed, we were ready for another adventure.

Carl drove back east from Orange County to meet us, and Larissa drove Van=Life down to meet him at the ride terminus. I rode down from the camp and across Sand Canyon Road to the actual ride start on Highway 38, which was a completely unnecessary addition to this already difficult route. 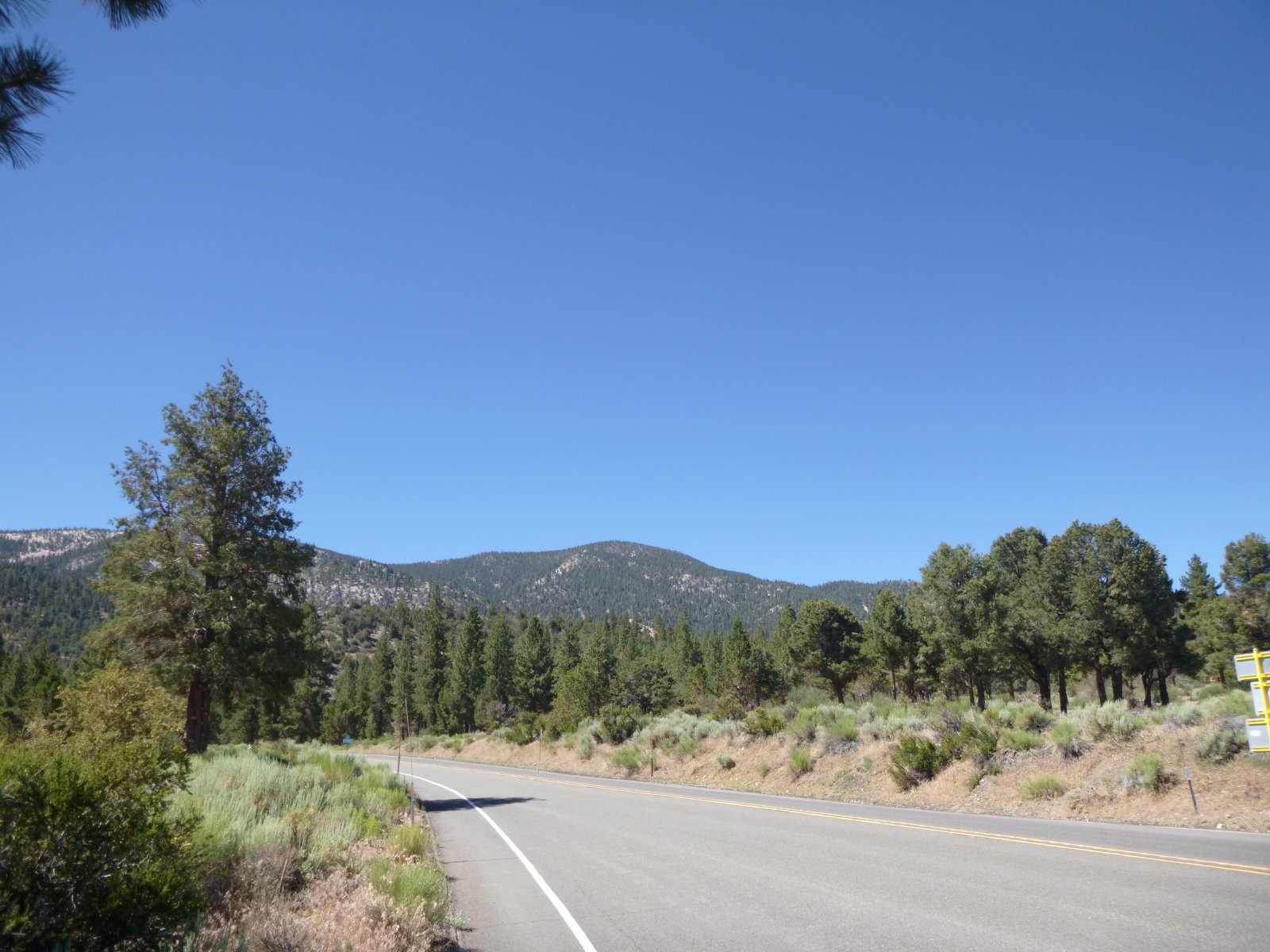 Carl's crazy adventure started with a ludicrous four mile and two thousand foot pedal to the saddle-point junction of Wildhorse Trail and a spur to Sugarloaf Peak. I was pretty toasted from the preceding days, and got left in the dust by the other two until it got technical, loose, and steep, where I could take advantage of the traction afforded by my weight and Maxxis DHF tires on my RIP9. I then almost whined my way out of going to the peak, but got peer-pressured into following them up the hike-a-bike laden path to the summit a hair short of ten thousand feet above sea level. Views to Mt San Gorgonio and loose shale descending were our reward, and then Carl pointed us down the excellent Wildhorse Trail, which began with a scary-loose chute but ended with thirty minutes of pure decomposed granite bliss. 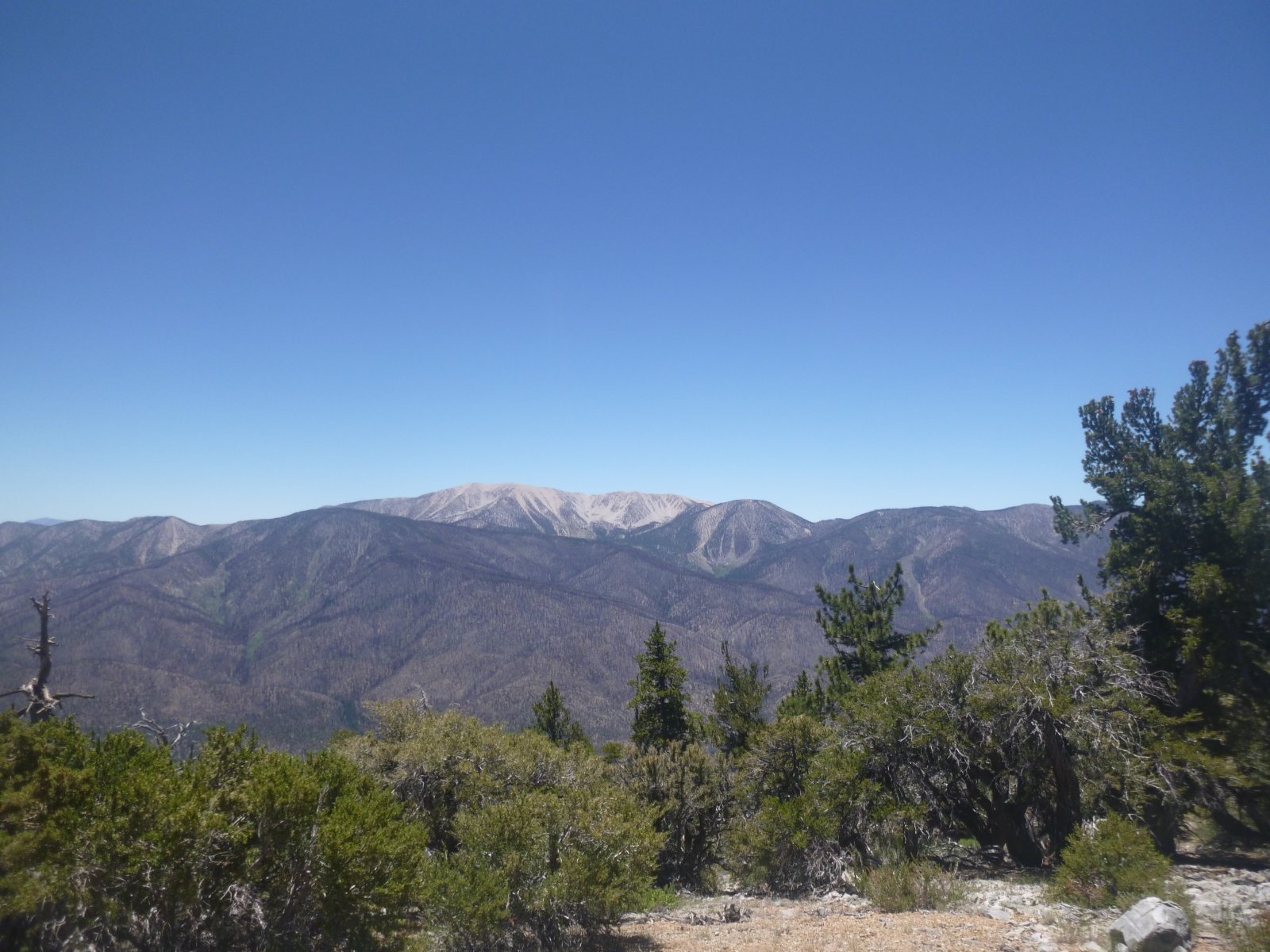 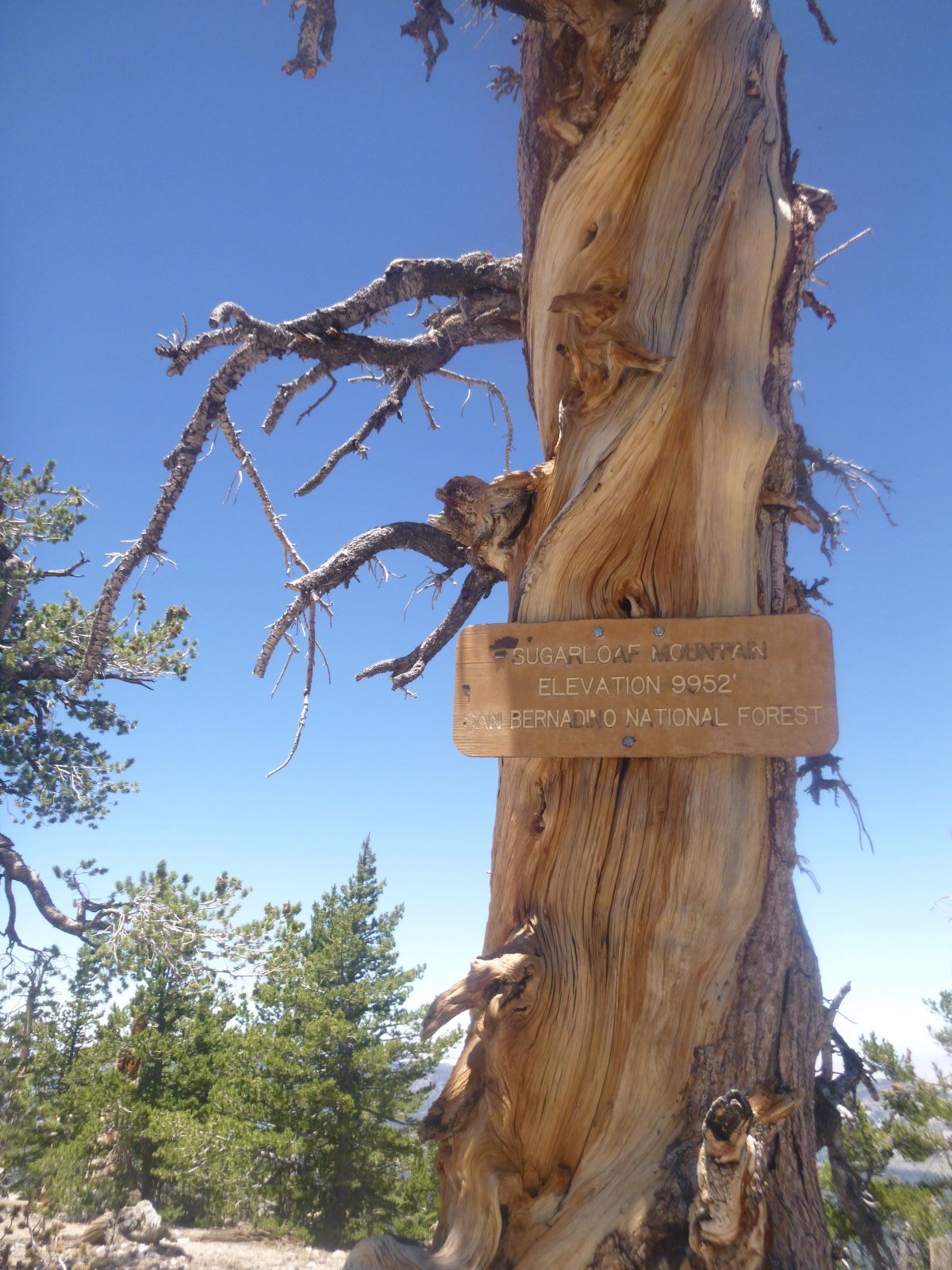 Several miles of tucking on pavement at 30mph took us to the upper trailhead of the Santa Ana River Trail, the gem of the San Bernardino National Forest. Water was available at the campground opposite the trailhead, and, though this was a shuttle ride, the combination of altitude, elevation gain, and cumulative fatigue made it an absolute savoir for me.

SART is a classic mountain bike trail, generally following the Santa Ana River downstream but climbing up and down the southern canyon slope while snaking towards Riverside. Some of it is shaded by pines, other sections in thick chaparral, and all quite enjoyable, even on a hot July day. We road the upper ten miles to Middle Control Road, a twenty minute dirt climb to rootbeer floats and the spot where our shuttle vehicle was parked. I'm told that the SART continues all the way into Redlands, but that was a ride for another trip. 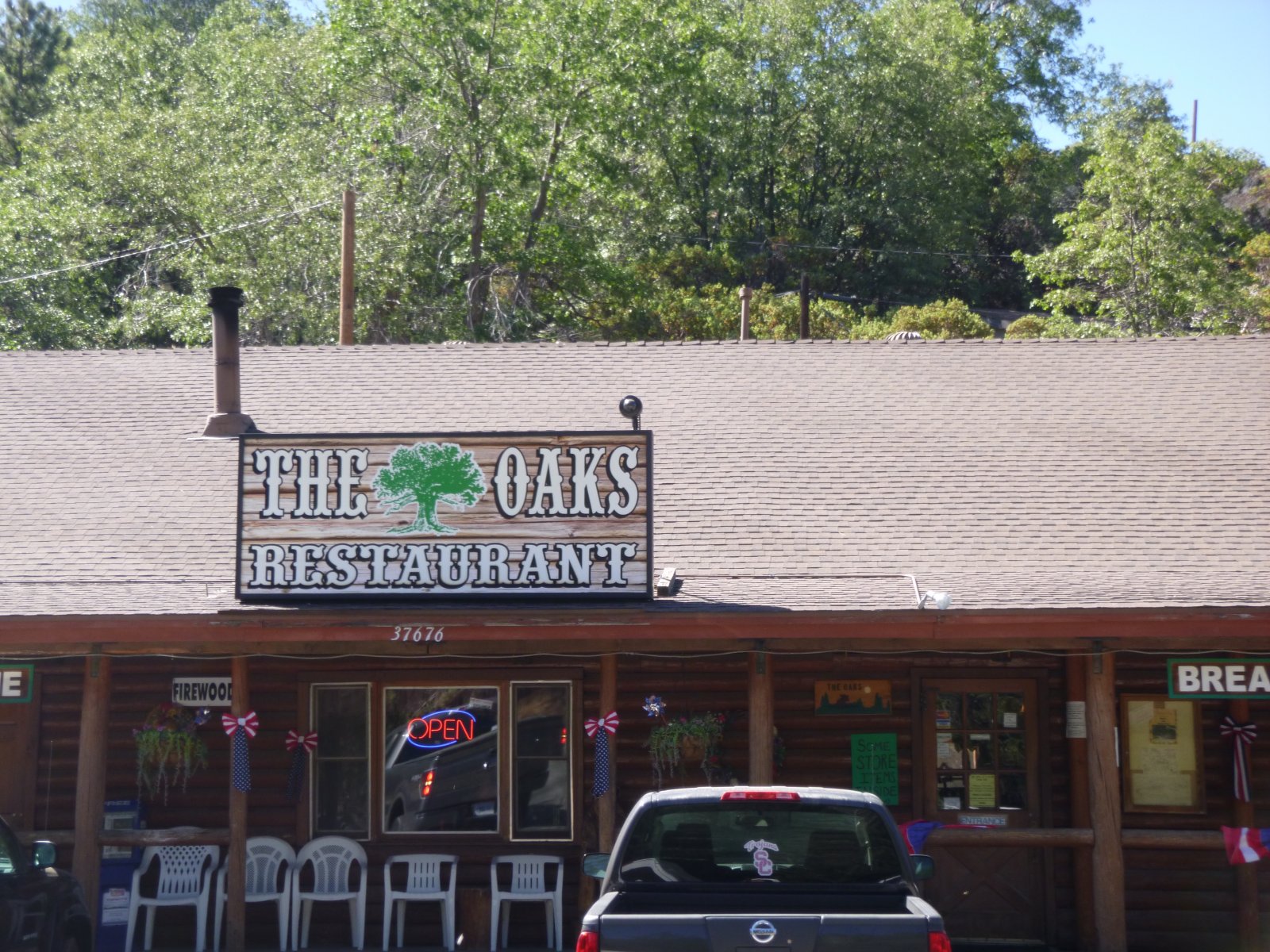 Another notable day complete, Larissa and I once again bid Carl farewell, got some laundry, showering, and shopping done in Big Bear, and pointed Van Diesel into the Mojave. Our altitude acclimation adventure proceeded into the southern Sierra Nevada mountains, but this post is getting really long so you'll have to wait until Part 2 to get the details on the rest of the trip.