Join me on a photo-essay transect of the great state of California, via Forest Service roads on my RLT9 adventure-bike, with beer hand-ups by the inimitable Murphy Mack of Super Pro Racing. Reno to Cino will go down as one of the most incredible mini-vacations I have ever taken, equal parts sweeping vistas, cold beer, character building climbs, oppressive heat, and good times with weird people with the same strange desire I have to view the world by human effort at 10-20 mph. Racing isn’t everything; sometimes you just have to go for a long hard ride, drink some Tecate, and then awake up the next morning and do it again and again and again.

388 miles
Info and registration for the 2020 edition can be found here. Note: this report is from when it was 4-day ride, now it is 5, thus a bit more reasonable distances per day. 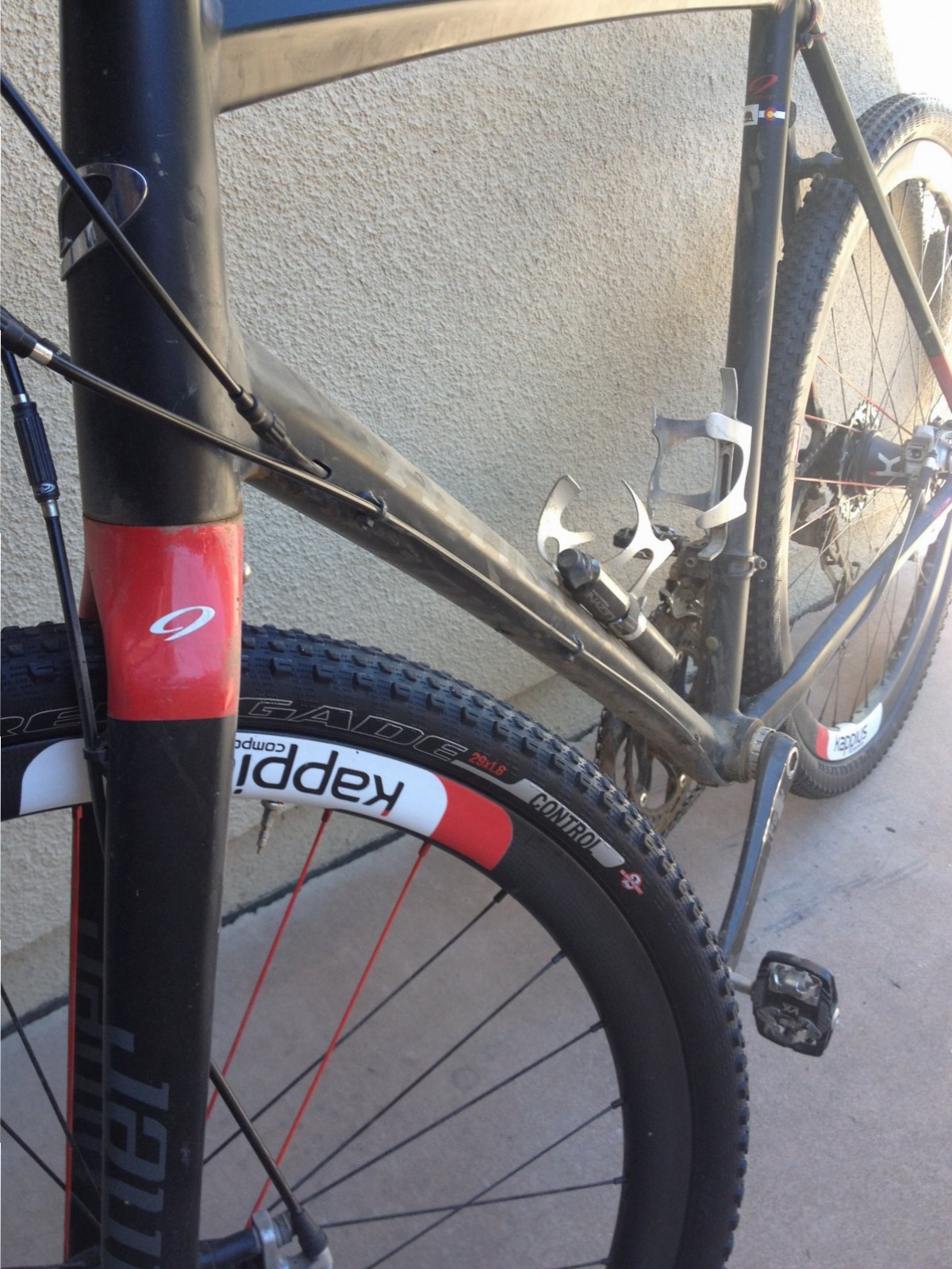 I won't bore you with a detailed review here. TIRES ARE IMPORTANT. The RLT9 fits massive tires. 29x1.8 mounted tubeless to Kappius cross rims massive. Others got dozens of flats. I got zero. Comfortable pedals are also important. I chose VX Trail Race - they're like XT Trails, spd style, bigger platform, which is nice for long hot days that start out in the mountains but end with 60 miles on flat pavement across the central valley. Minimal hotspots for me! Disc brakes are awesome too, but you already knew that.

Day 1 - Reno into the Sierras

29x1.8 tires on a cross bike are awesome. Let's face it, all aluminum cross frames are kinda similar, so if you need a real reason to pick a frame, choose an RLT because it gives you the versatility to run the tires you want. Not some "7.623 mm longer wheelbase, snappy handling, climbs like cracked out butterfly" nonsense. You know what climbs like a cracked out butterfly? Any cross bike powered by my legs, provided it has big enough tires to maintain traction on roads where I really should be on my mtb. I finished at 3pm, some didn't until 11:30pm, and that was because they didn't have 29x1.8 tires. Clicky the maps for each day to link to the Strava Activity pages. 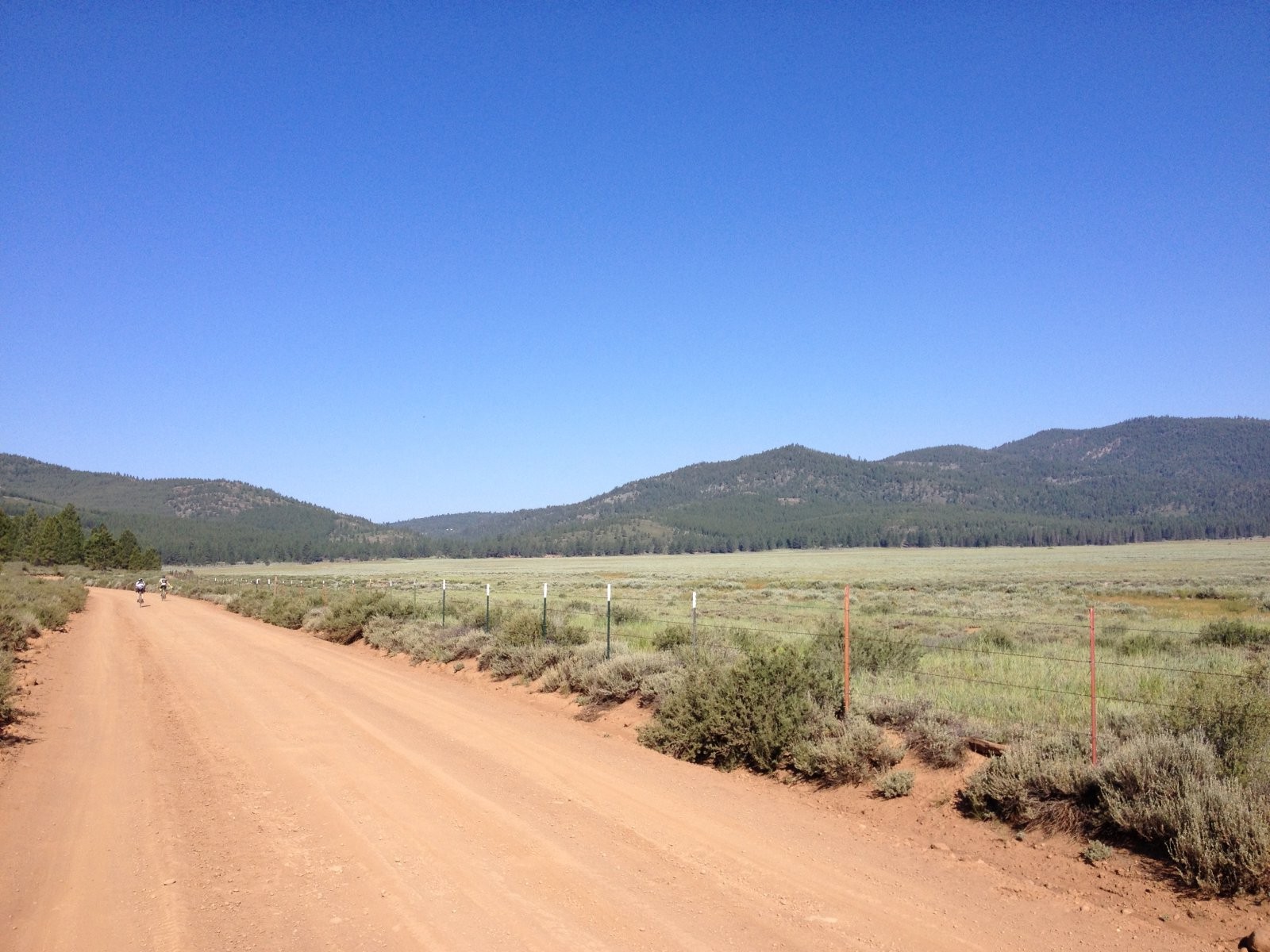 Alpine valleys were the highlight of day 1. This one is at about mile 30, after descending Henness Pass towards Sierraville. 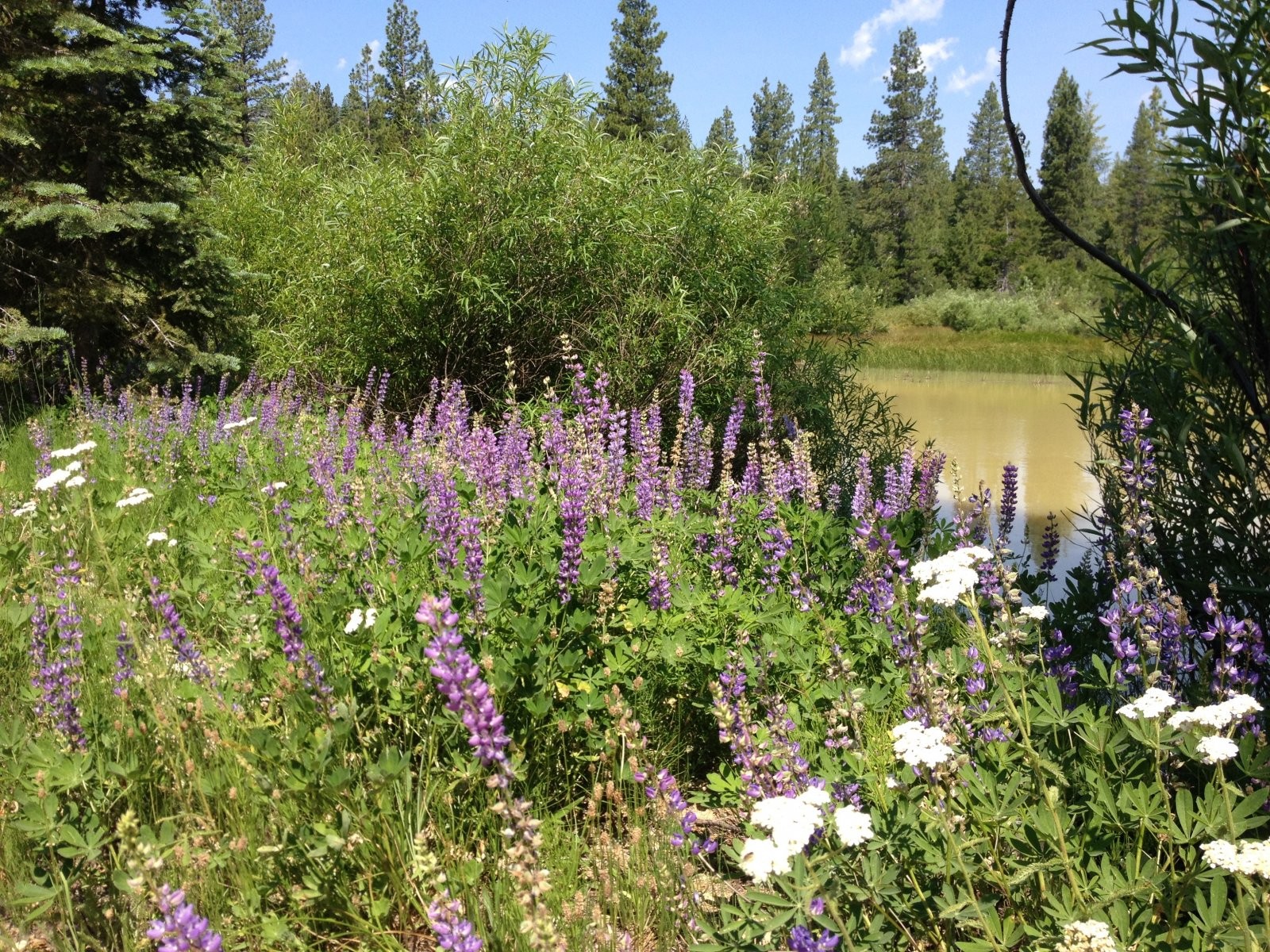 Camp 1 was in a hydraulically-mined valley near the late 1800's ghost town of Howland Flat. Mine tailing cobble piles were everywhere, and that pond wasn't too inviting, even though it was 90*. Cobble piles make for nice privacy screens while one sits in the buff waiting for the clothing bags to arrive in the temporarily disabled support vehicle. Nothing like a quick pickup truck flat fix in the boonies to get a week started. 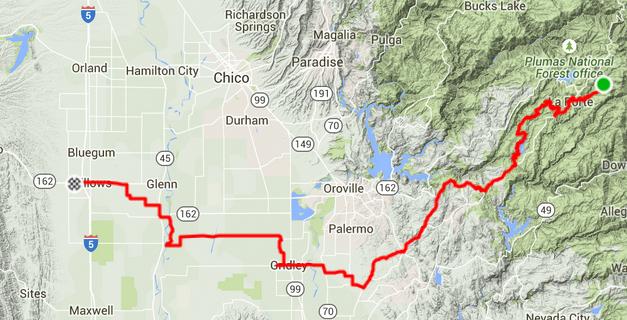 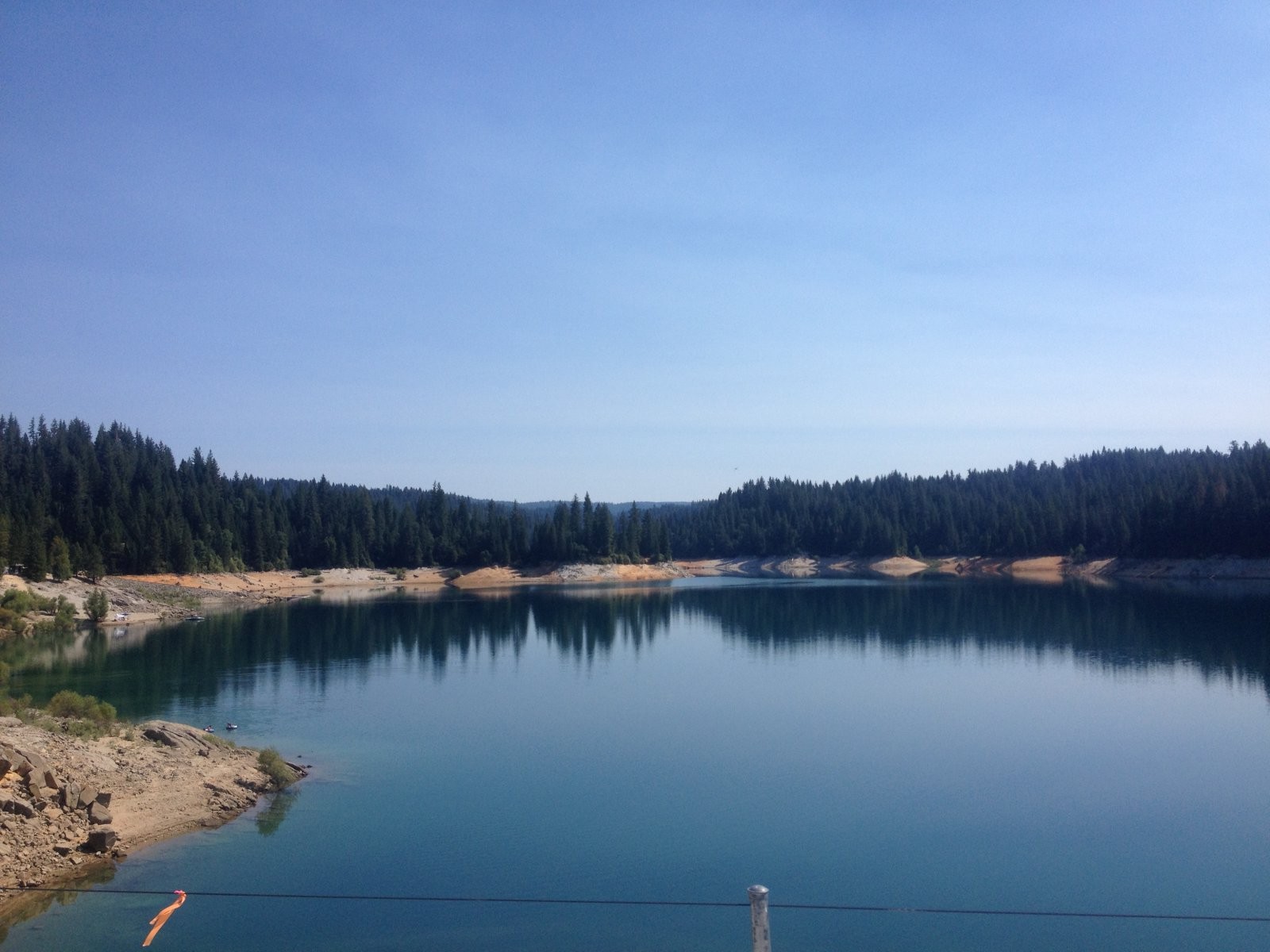 Sly Creek Reservoir, after finding the "official" route again. Luckily my marking was good, and all the fools who followed me made it through to the other side. Hey look, I still have no flat tires. What size are my tires again, kids? 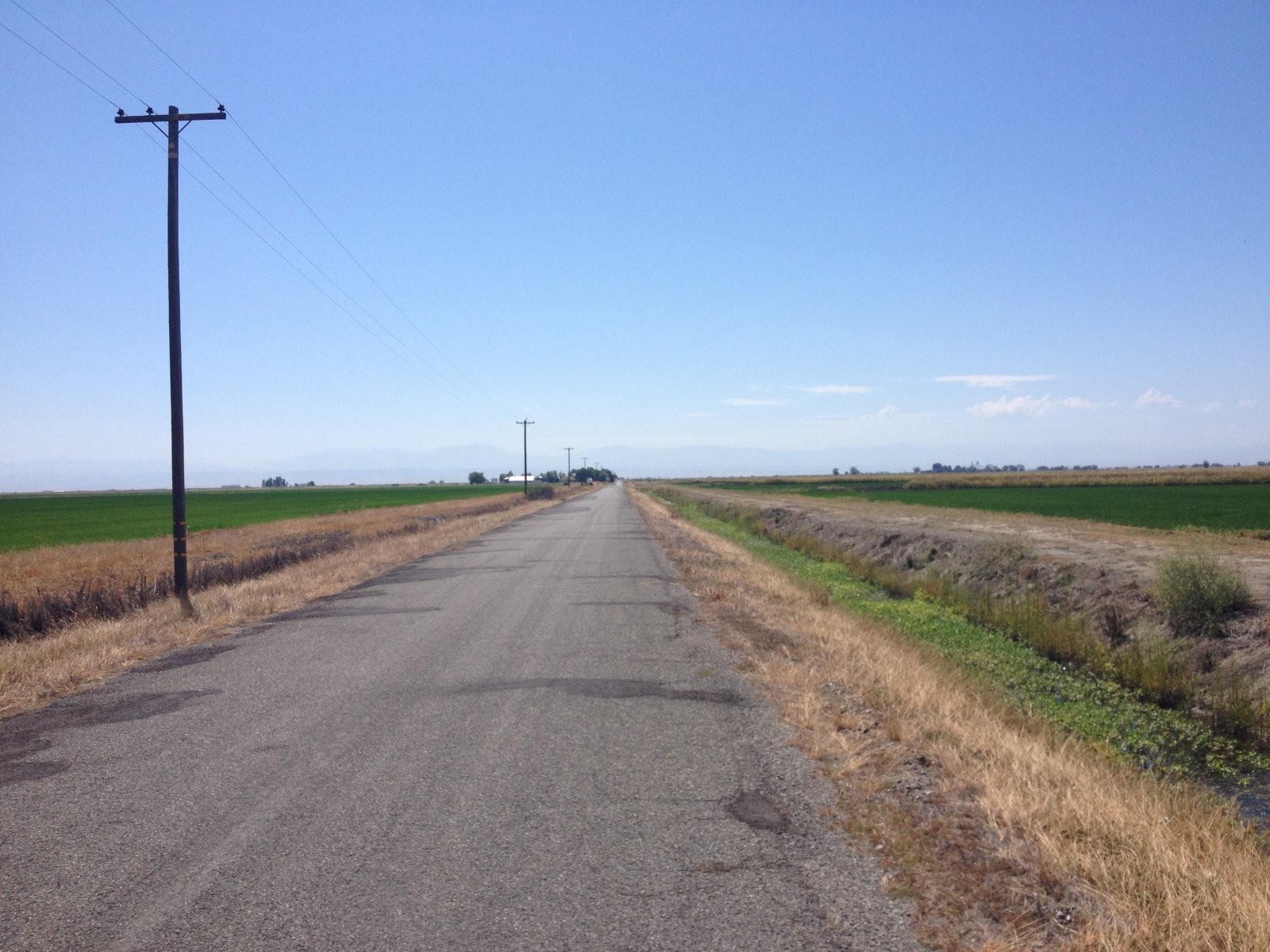 Rice fields and boiling pavement. Orchard irrigation system showers saved our lives. The Sacramento River levee road would be nice on a cooler day, and not after accidentally detouring south for six miles. 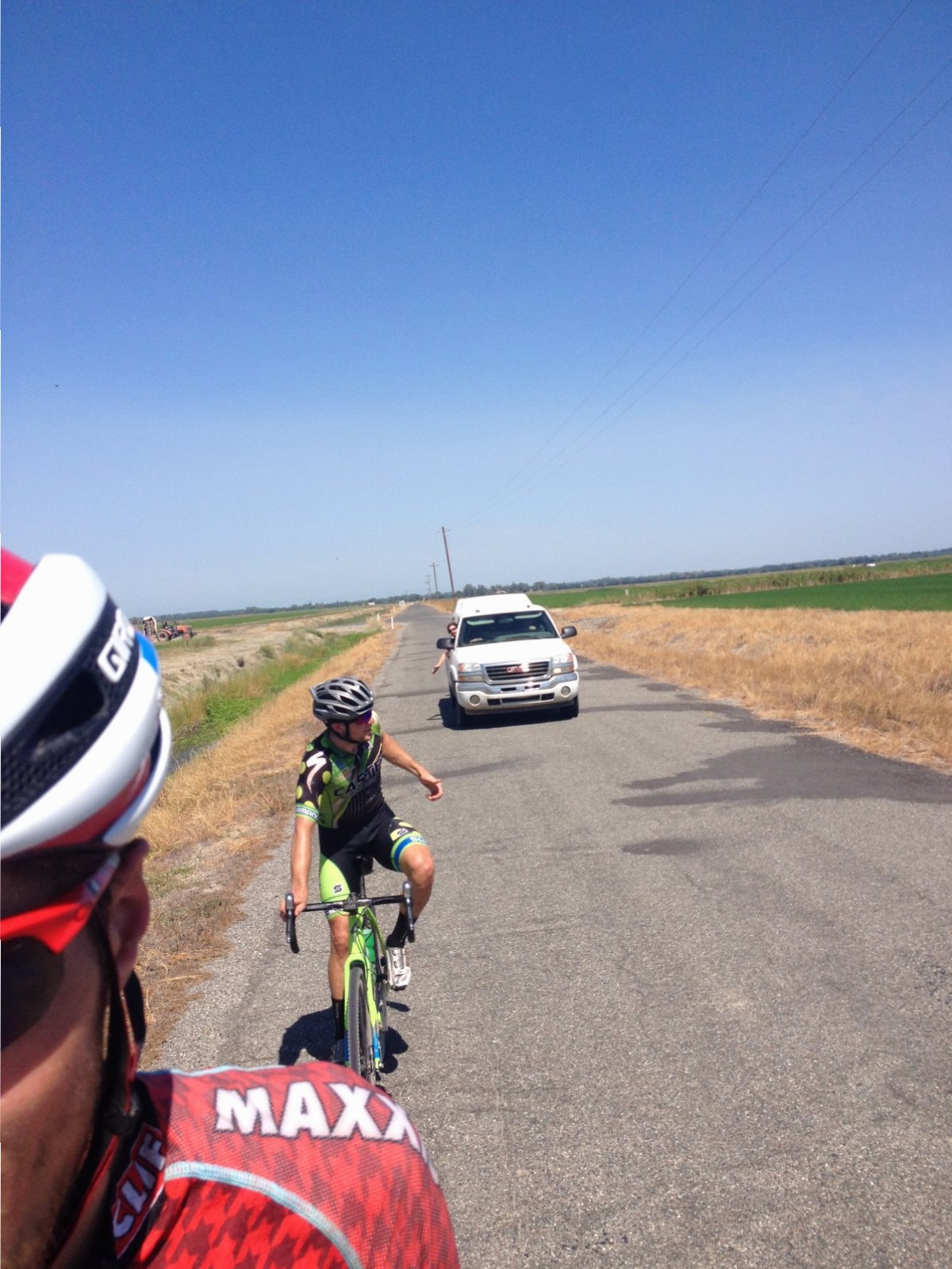 Cold beer tastes the best when handed off from a moving truck after pulling across the 110 degree Central Valley for fifty miles. It actually didn't taste like much at all at that point, but it was ice cold, and I was happy. 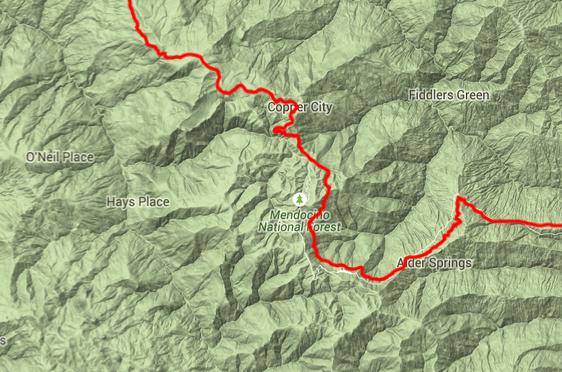 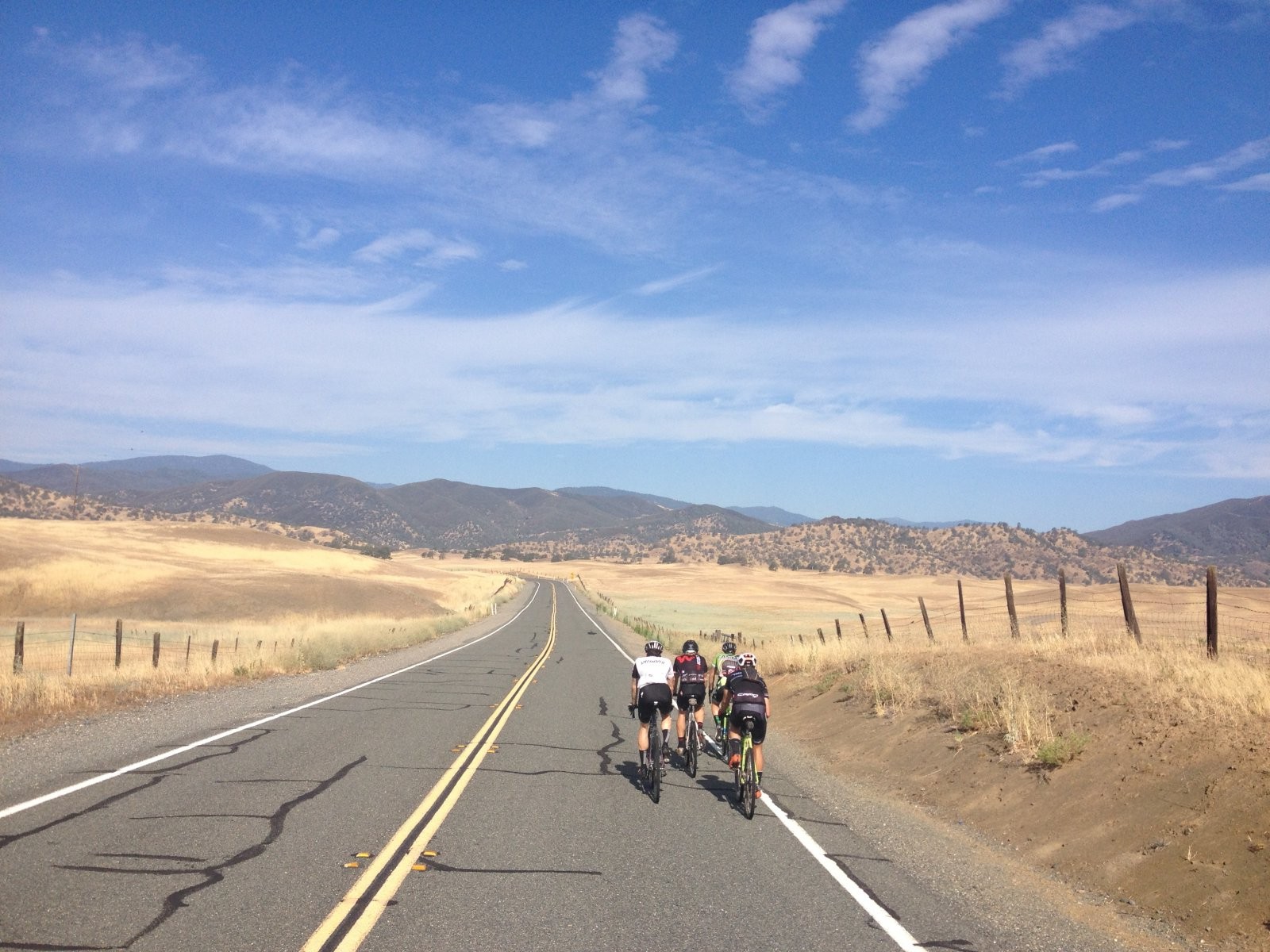 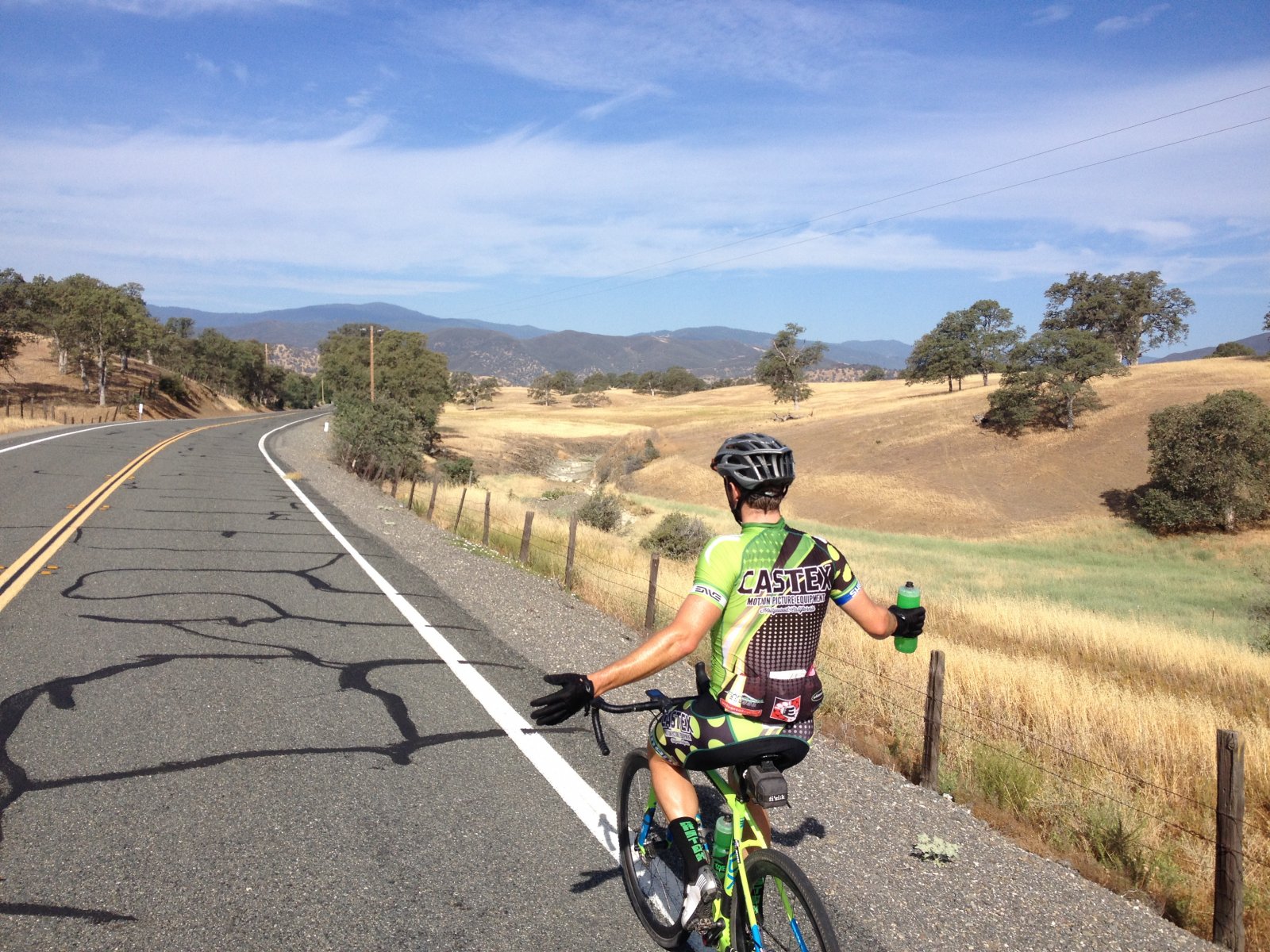 Hey Chris Jackson, how big are my tires? That big. 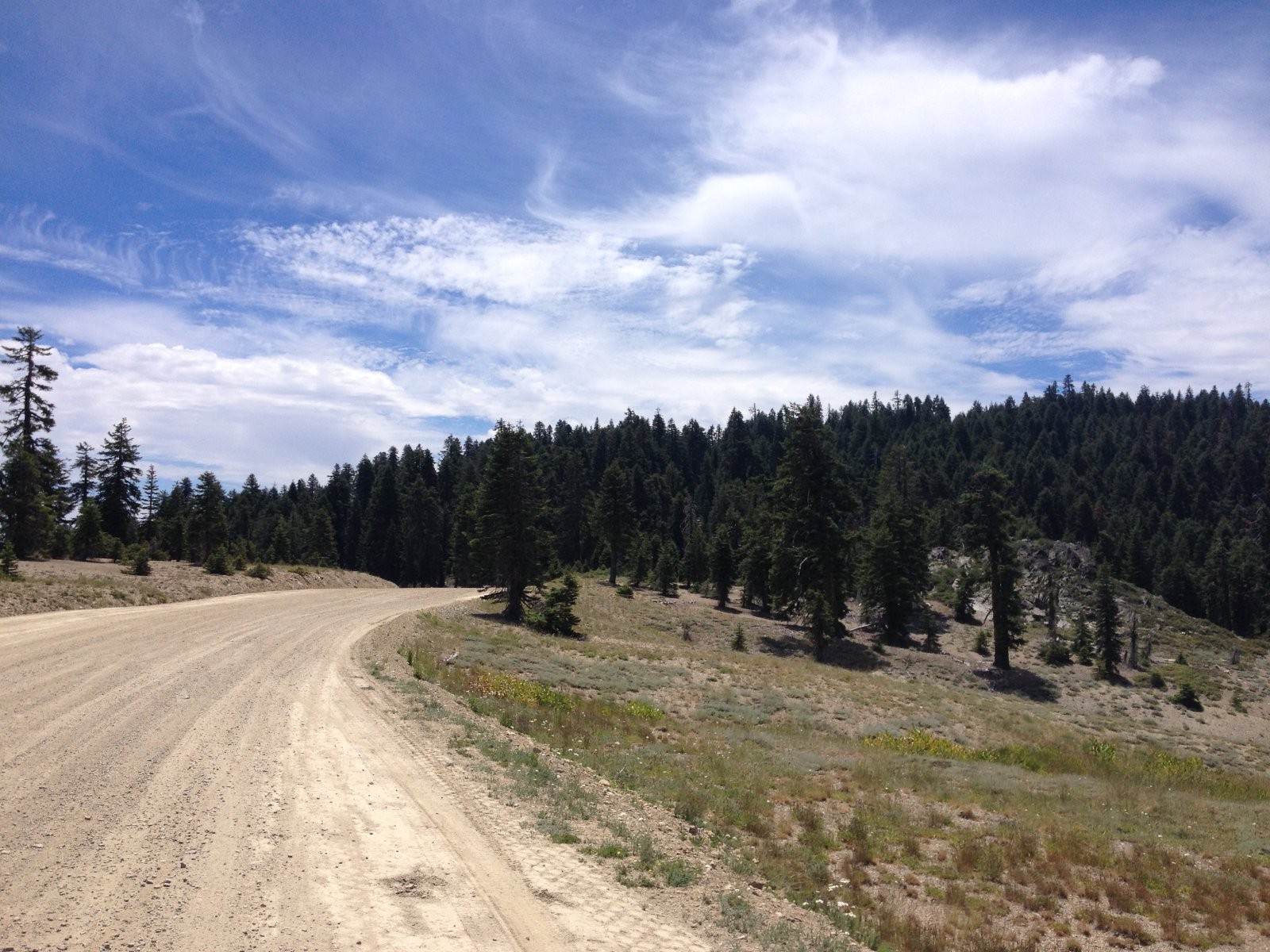 Alpine zone in the coast range??? Perhaps the most eye opening aspect of Reno to Cino was the variety of terrain we crossed, and the frequency with which it changed. A fellow rider remarked that he saw more landscapes in four days across the state than he did in two weeks riding north to south on the PCH. The geologist in me expected this, what with all the elevation, suture zones, granite batholith, serpentinite, shale, coastal melange, and valley sequences, but it was still amazing to see. Also amazing- sitting in a river drinking beer for six hours while everyone makes their way down from the alpine zone to camp. 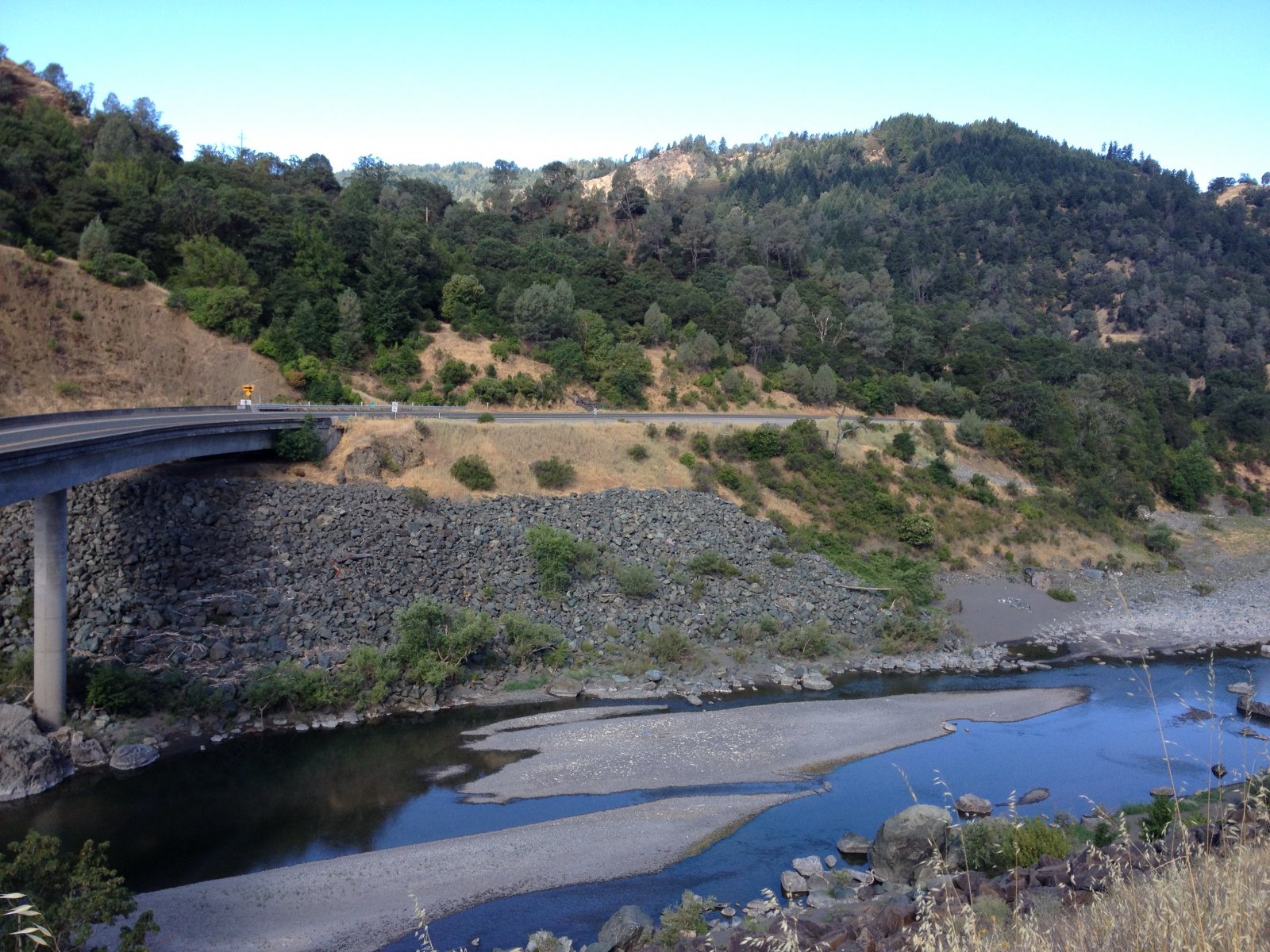 Middle Fork of the Eel River. Not much water here. 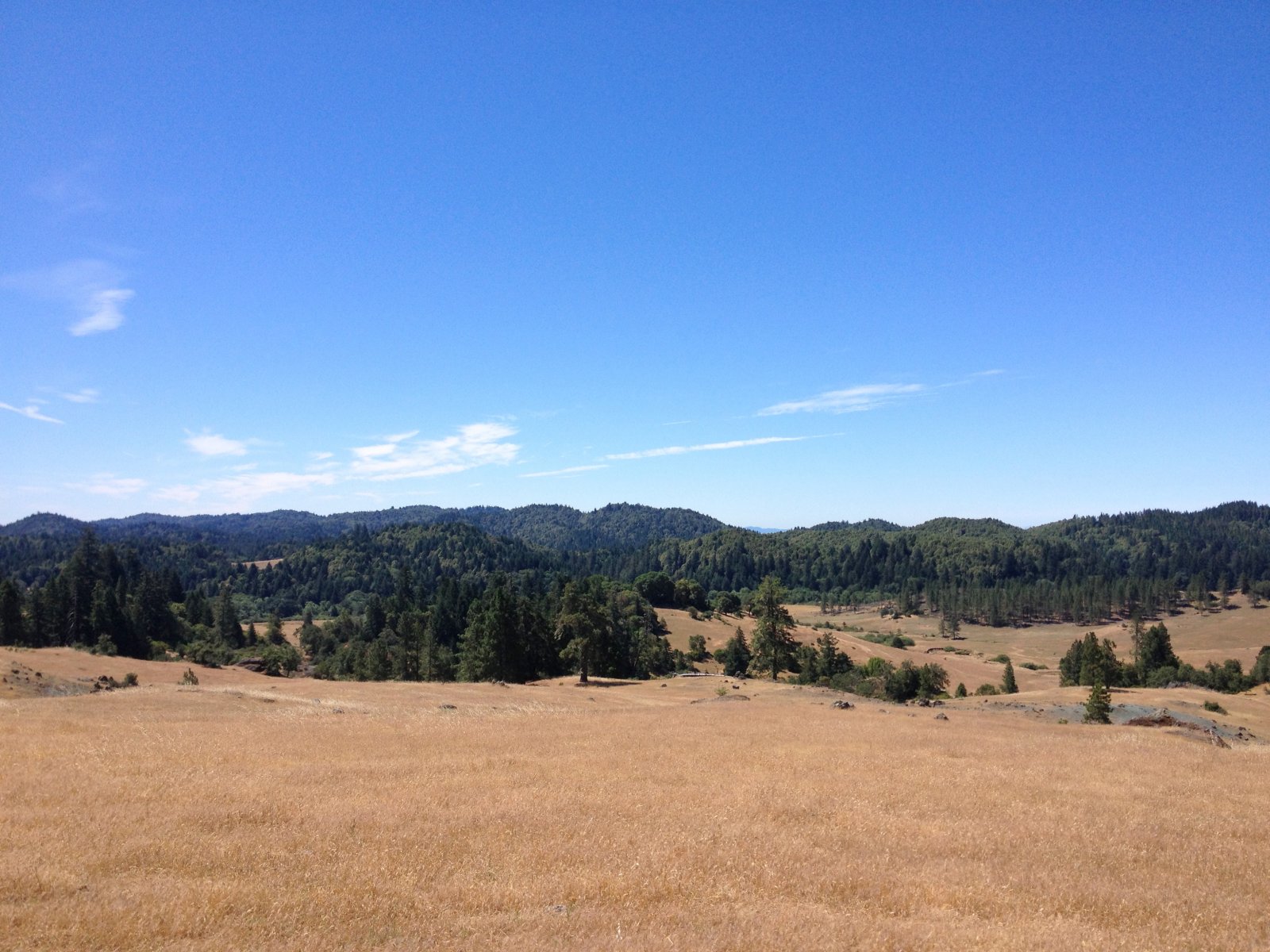 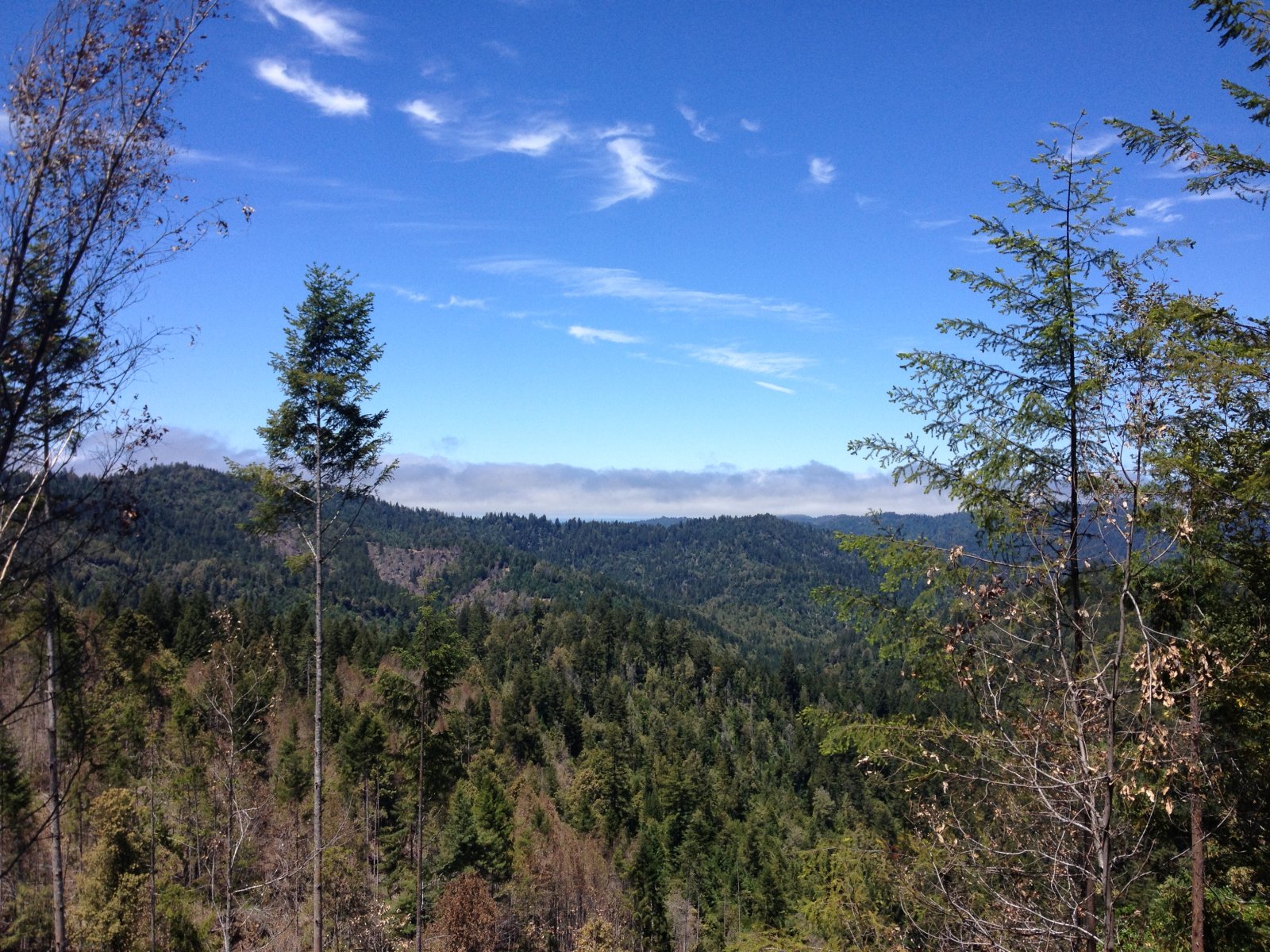 THERE IT IS! THE OCEAN. Four days and roughly 400 miles later, the end was in sight. And damn, did that marine layer feel good. 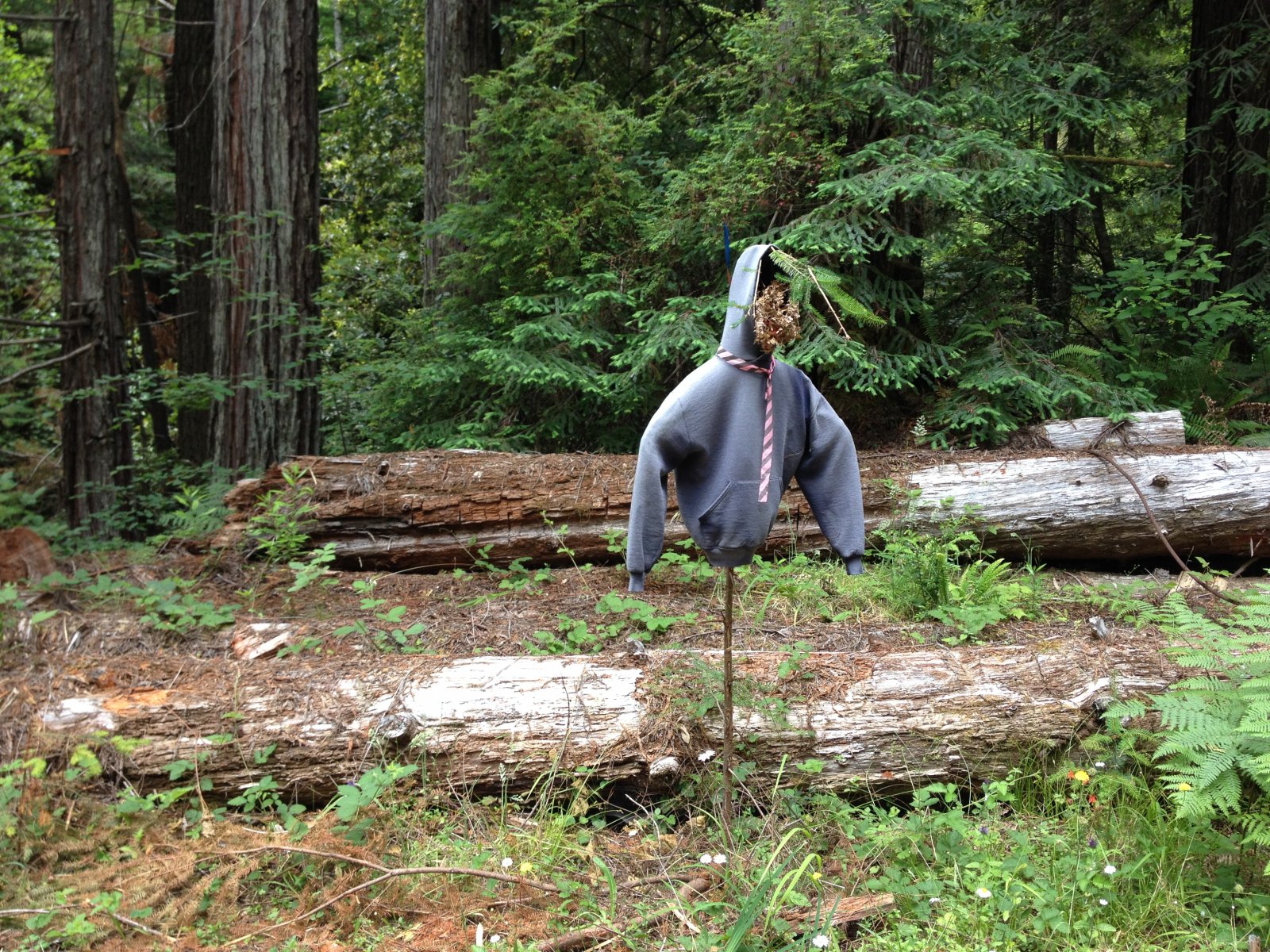 The spookiest scarecrow I've seen. Good thing the Deux North guys finished while it was still light out for once, and didn't have to encounter this at sundown. 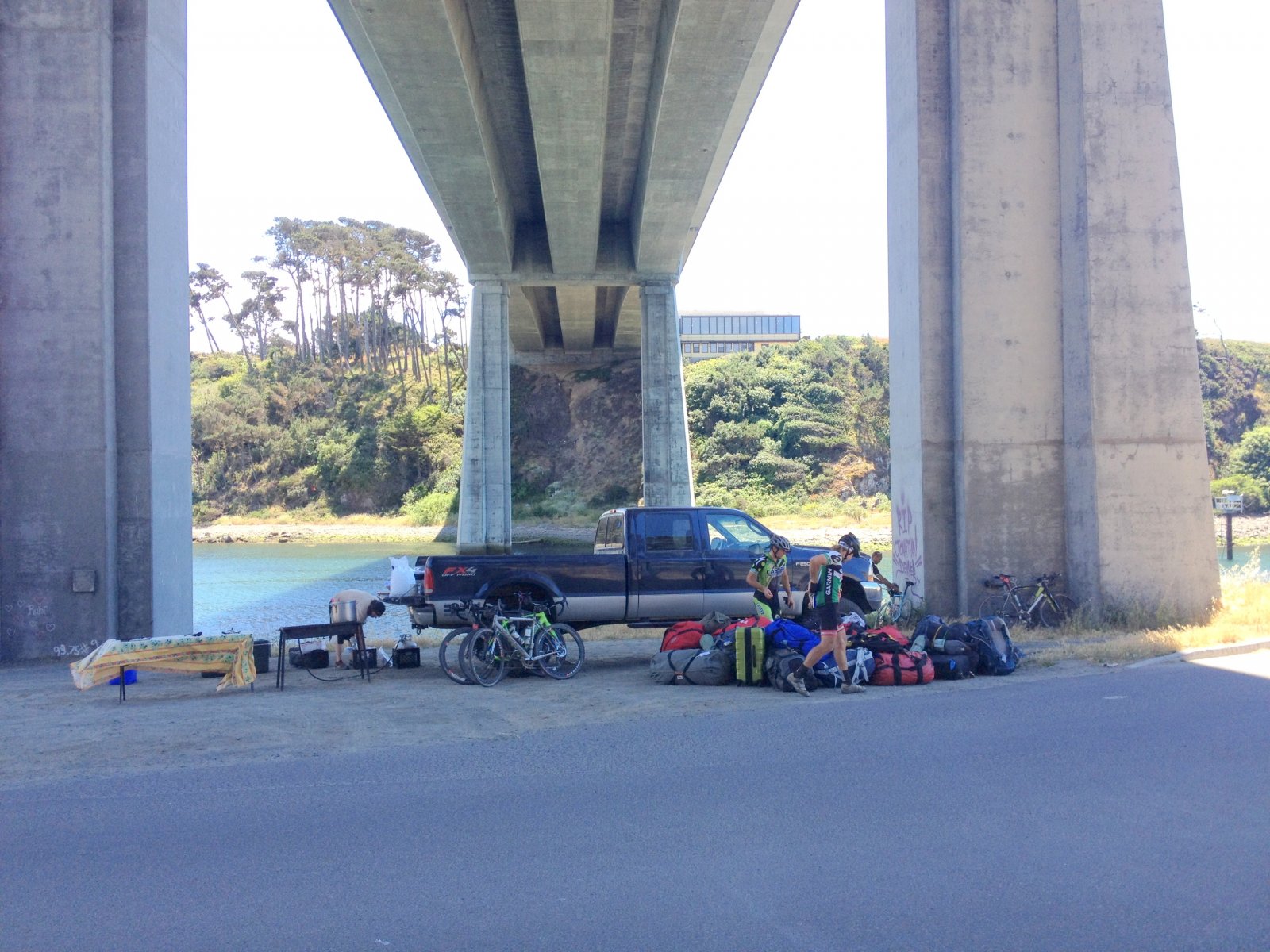 Finished. A meal awaits under the Hwy 1 bridge in Fort Bragg. 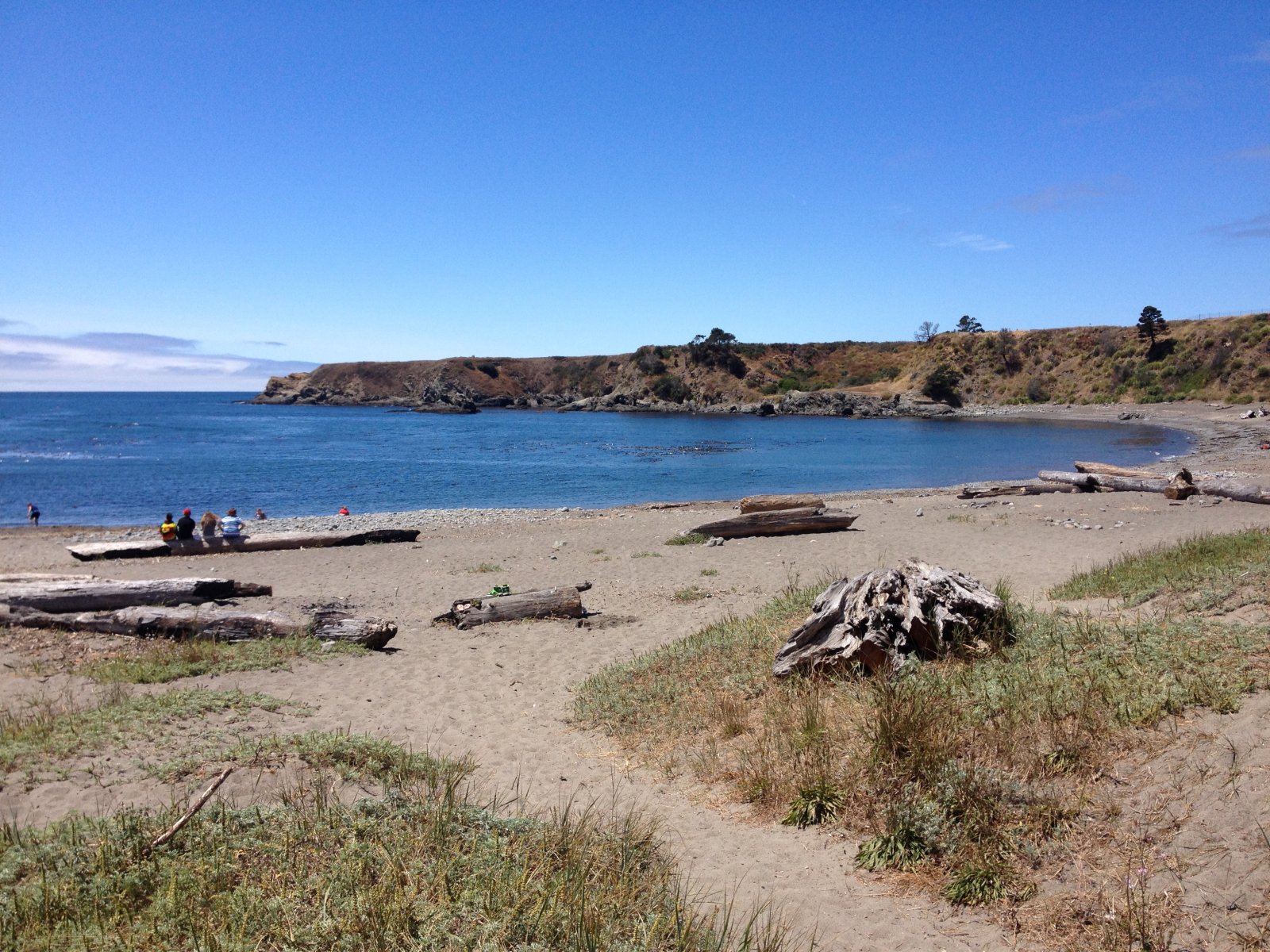 You don't know me if you couldn't guess that I took a swim in the cold Pacific at the conclusion of this epic adventure. Yes, I said "epic". Yes, this trip qualified.