The engagement wasn’t a surprise, but it is a good story, which, in the end, seems more appropriate for us. Biking to the top of the Santa Barbara front range on our tandem could have been any normal day, but we both knew it was special. The true surprise came around a turn on the way back down: one second on we were on the bike, the next rolling across the freshly paved road.

Square feet of road rash
Four years on from that testing day in the Grand Canyon, Jaclyn had graduated to full adventure partner and I from grad school (round 1). Together, we moved in to a new house in Santa Barbara in November 2014 so I could start grad school (round 2). That major milestone achieved, there was another more significant progression to be made.

Very little about our engagement was a surprise. We walked into the jewelry store together in April, and there was, in my mind, no reconsideration possible after. A fair amount of self-examination had to occur for me to be ready to walk through those doors and say "we'd like to look at engagement rings", but once those words left my mouth, the inner negotiations were over and the commitment made. It didn't hurt that a cycling acquaintance of mine co-owns the place and there is a nice road bike displayed over the assorted shiny things, so I felt at least a little less out of my world.

I suck at keeping secrets, so it was no surprise when the properly sized ring arrived. It was a surprise to me that jewelry stores don't have a stocked supply of every ring in a bunch of sizes, though if that had been something I had thought about even a little bit prior to this past spring, it would have made sense, because it totally does. 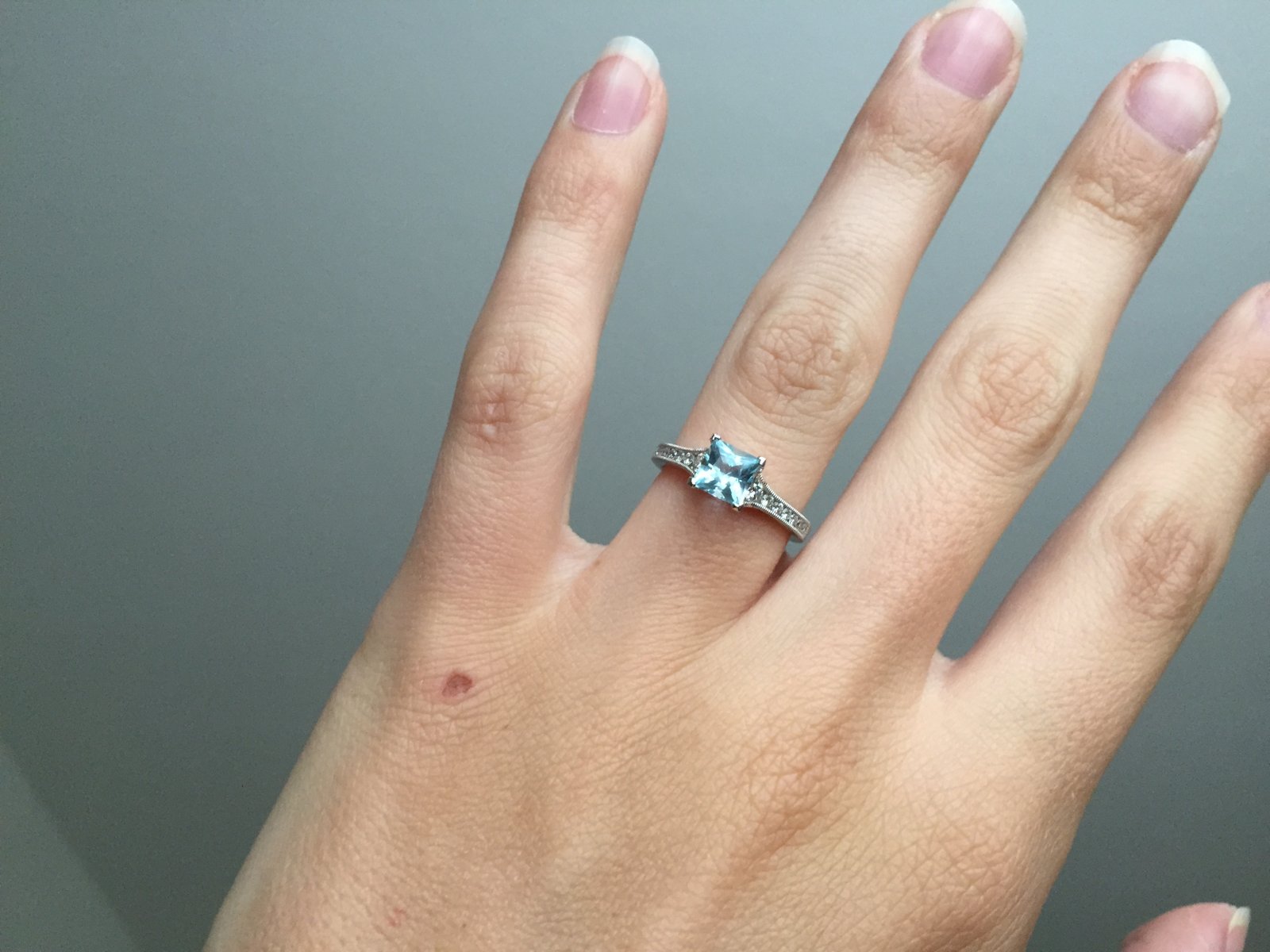 I had really wanted to be able to introduce Jaclyn as my fiancée to my family in Oklahoma when we traveled there in June for some road bike races. The weekend prior we had succeeded in some quality adventuring in Sequoia National Park, complete with getting lost in snow and fog, navigating via compass, and avoiding a damp night by bunking in the Mensomobile, but sadly there was no ring. I think I even told her, soaked in sweat and bathed in disgustingly idyllic sunlight piercing through a perfect void in the fog, that, if I had the shiny item, this would have been the moment. 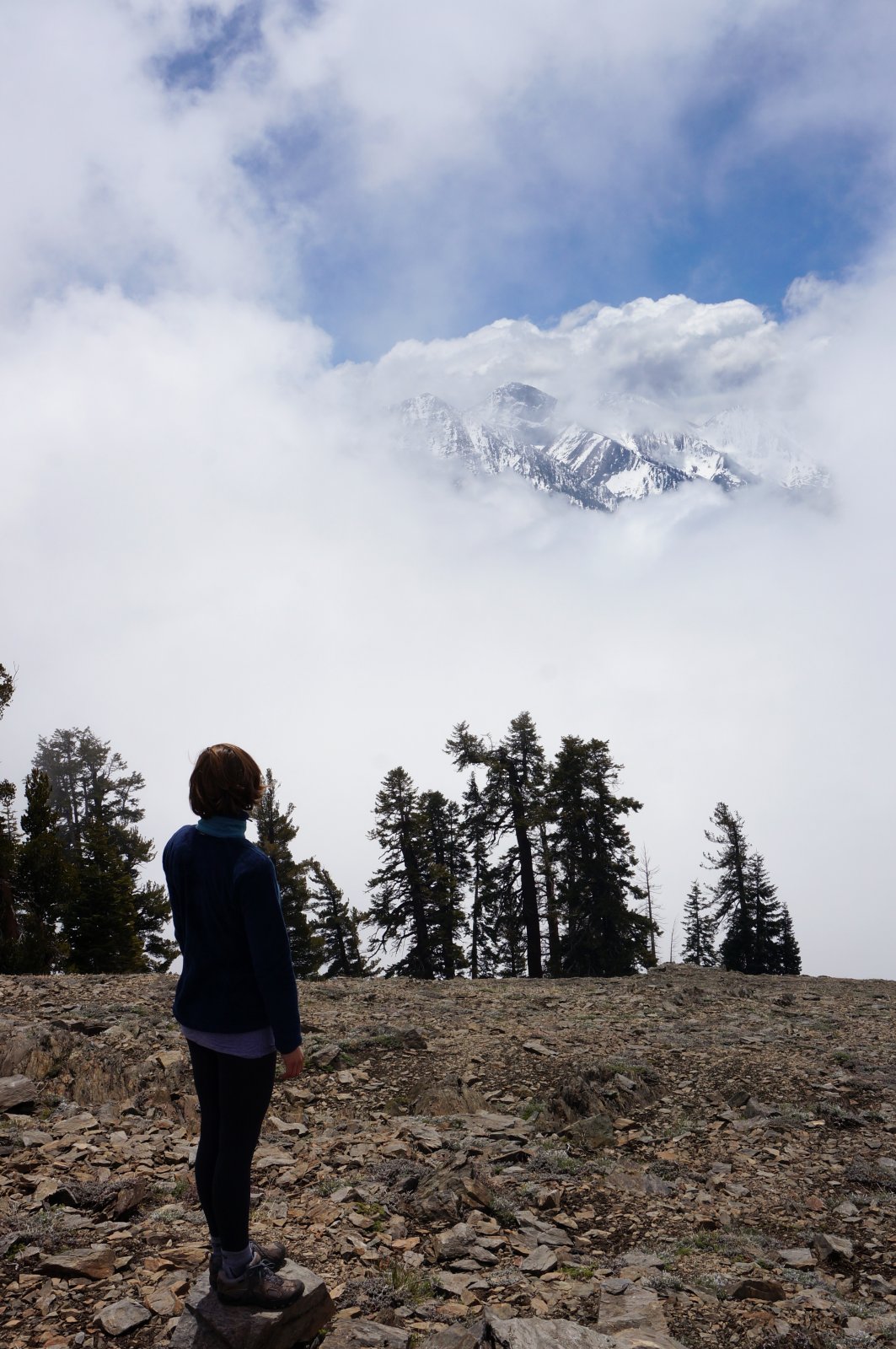 The day my flight left for Tulsa, it arrived in the store, so the girlfriend and I made the rounds in OKC. Maintaining the charade to family I don't see very often seemed cruel, so I told everyone out there that an engagement was immenent, provided they didn't blab to the family in California. 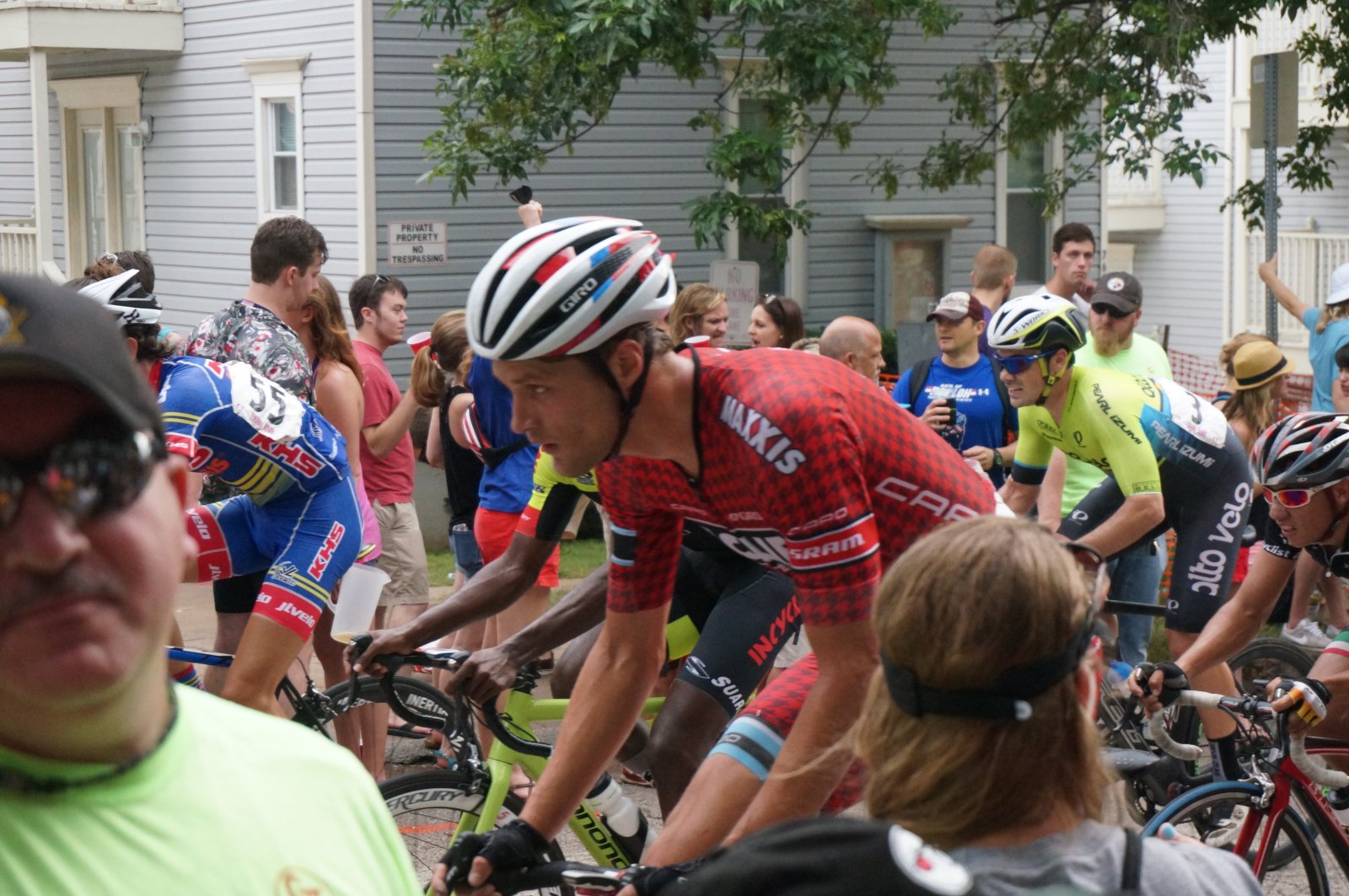 Jaclyn, bless her soul, is a bike race widow more weekends than I care to admit to myself (and to my grad school advisor). I suspect her least favorite day each year is in the mid-winter when I share with her my massive spreadsheet of weekend commitments for the following March through September. Aware that the ring we [she] picked out had arrived, and with easy access to the schedule of planned abandonments, we both knew that the weekend of July 4th was it.

All mystery removed, I was still on the hook for a romantic proposal, and rightfully so. "You can't propose with a triathlon!", she insisted, when told that biking apparel, running shoes, and perhaps some water would factor into the day. In truth, I had a good plan. I was going to take her to the classic romantic spots in Santa Barbara, those objectively stunning promontories where the light is always right and the views of the California Riviera so broad that I can name a dozen friends who have popped the question there or nearby. 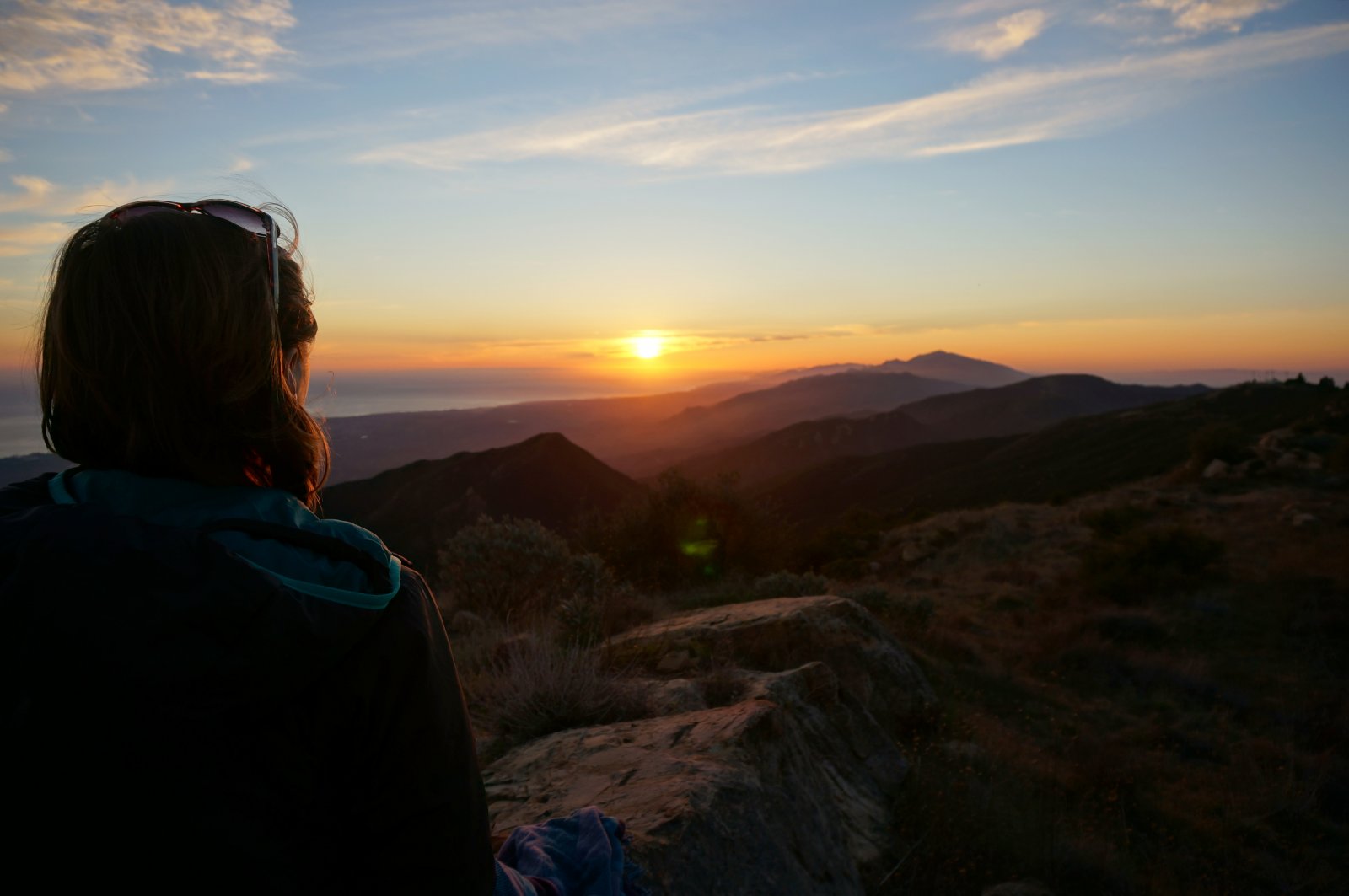 Reaching into my jersey pocket at a high point on East Camino Cielo, the ridgetop road in the sky, I smirked at Jaclyn and offered that I had something that would make her really happy. "Is it food?". After five years, she can easily read my mind, so before I could pull out her favorite snack, she called it. Though climbing Gibraltar Road on the tandem took twice as long as usual, and I suspect the guys in the 2016 Tour of California will do it in a third of that time, simply driving up there wouldn't have been "us" enough. 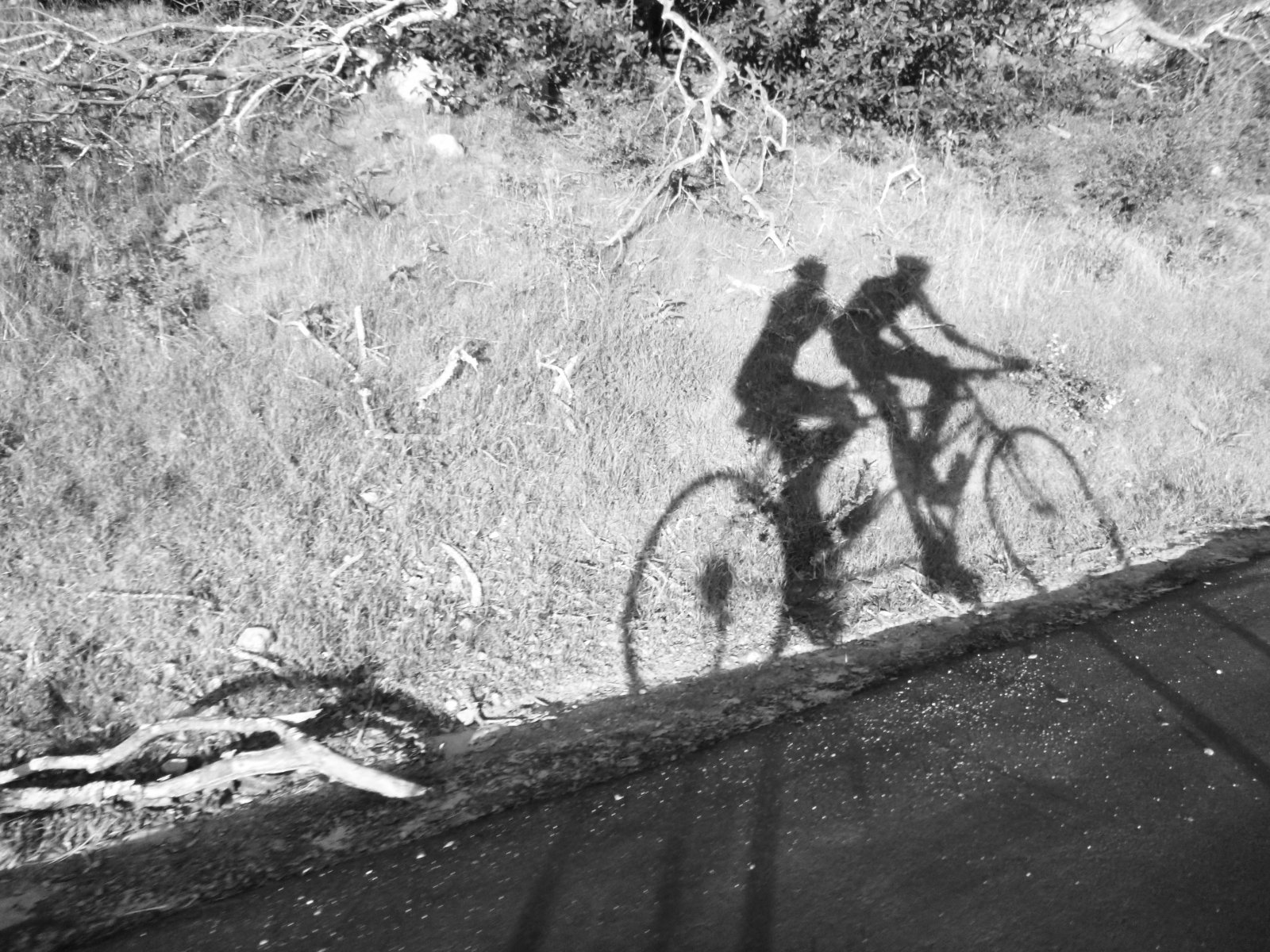 Box checked, on to stage two and three. Saddle Rock is a lovers' lane for hikers, with requisite field of view and even a field of small boulders arranged in a heart. A surprise dip in some hot springs along the way was my cheeky completion of the romantic triathlon, with the engagement surprise still to come at an undisclosed location. I rather smugly reviewed my plans as we carved the switchbacks down Gibraltar Road, a descent we hadn't done before together but one I've done dozens of times on extended commutes back from my office. 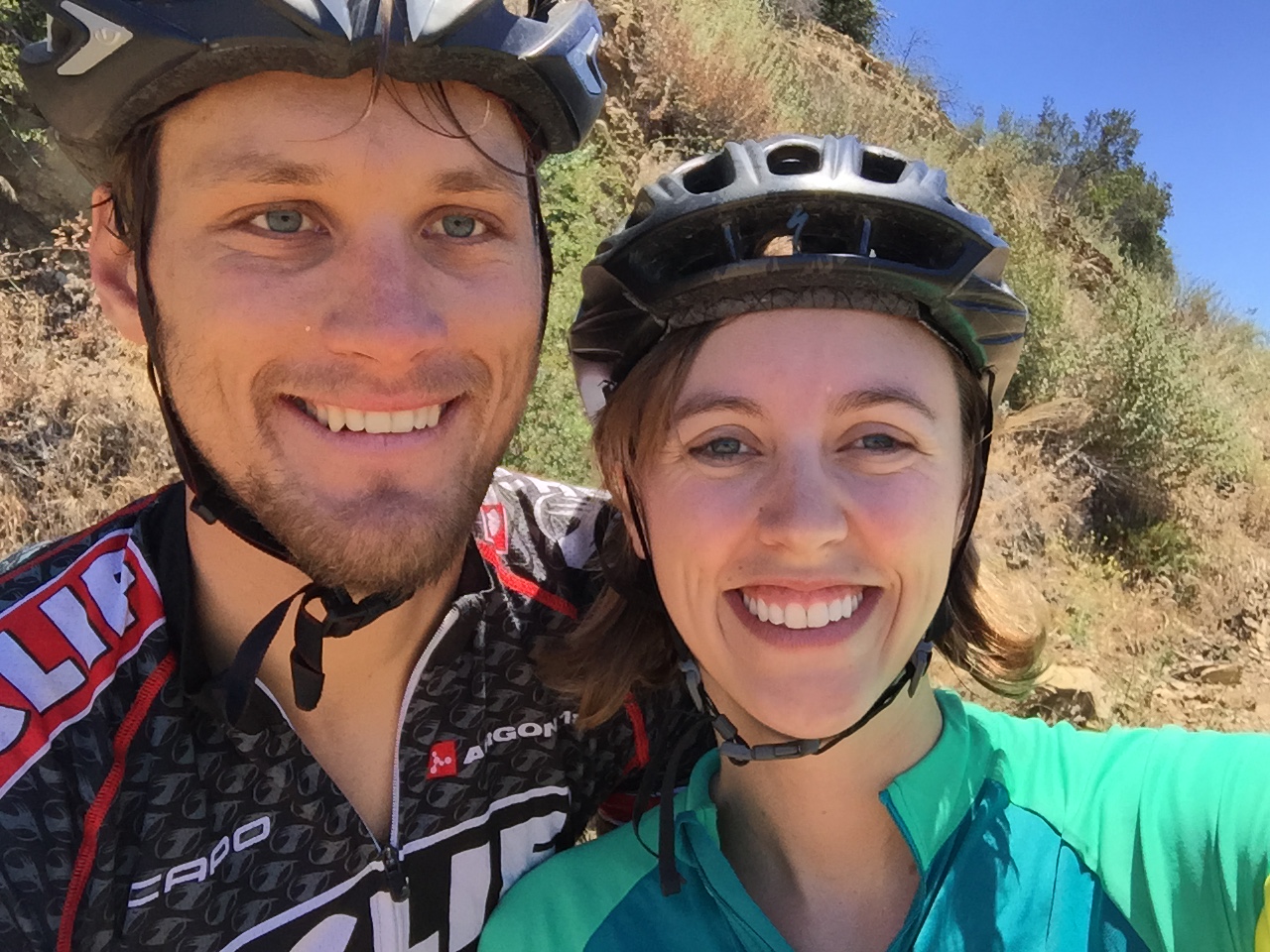 We've had our vintage tandem for a couple of years now. As my confidence piloting the thing downhill grew, a rule necesitated: I do not speak aloud the maximum speed attained on any ride. With Jaclyn sitting on the rear wheel and me over the front, tandems are impressively stable through well banked and smooth radius turns. We go quite fast- close to my solo speeds on most descents and even faster on long straightaways. So it was, that at 27 miles per hour, which was not our maximum speed that day, the front tube, aided by heat built up while braking, reached the end of its functional life and separated itself from its valve stem, instantly throwing us to the brand new pavement in the appex of a right turn. "WHAT'S HAPPENING?!?" Jaclyn involuntarily screamed as we slid, first together, and then separately. I stayed with the bike; Jaclyn learned that stokers get flung in tandem crashes. She rolled as she slid, resulting in road rashes on all sides, worse than any I've personally sustained. Following the standard five second assessment for broken bones, I hopped back up and cleared us and the bike off the pavement, fearing the worst. Excess abrasions aside, Jaclyn was miraculously no worse off than I, and, despise my repeated apologies, not livid or crying or scared or any of the other emotions that would be completely warranted in the situation. 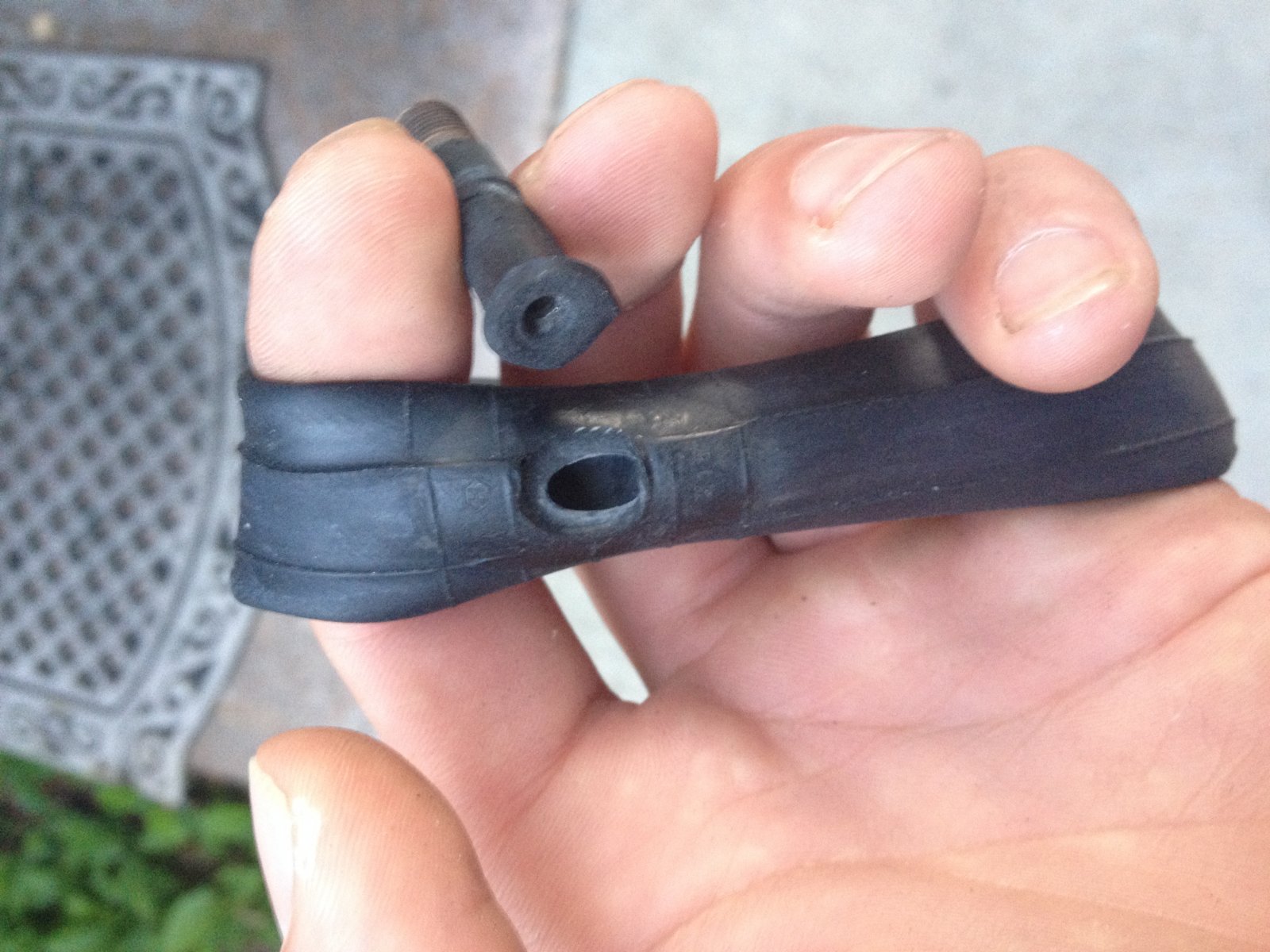 Two hours later, I shook hand with the SBCC students who ferried our living corpses to our house, finished my beer, and stiffly ascended the stairs to the shower where Jaclyn had been acquainting herself with the agony that is cleaning road rash. Maybe it had something to do with the fresh smooth tarmac, but in any case I had to bite my lip harder than usual washing those extensive shallow abrasions. As a veteran cyclist with adequate knowledge of the healing process, I knew day two and three would be worse. Though she almost passed out in the shower a few times, the shock was still shielding Jaclyn from the worst pain, leading me to quickly decide to carry on with the plan.

The tandem was still hidden in the bushes halfway up the mountain, so I had a convenient excuse to head back out. The hike clearly no longer feasible, I skipped ahead to the real surprise ending. Jaclyn is smart one, so when I told her to come with me to collect the bike, she knew what was up, though not the specifics. When I pulled into the parking lot for the Santa Barbara Botanic Garden, she instantly knew it was the place. On our very first date back in 2010, I had taken her to the SLO Botanical Gardens. 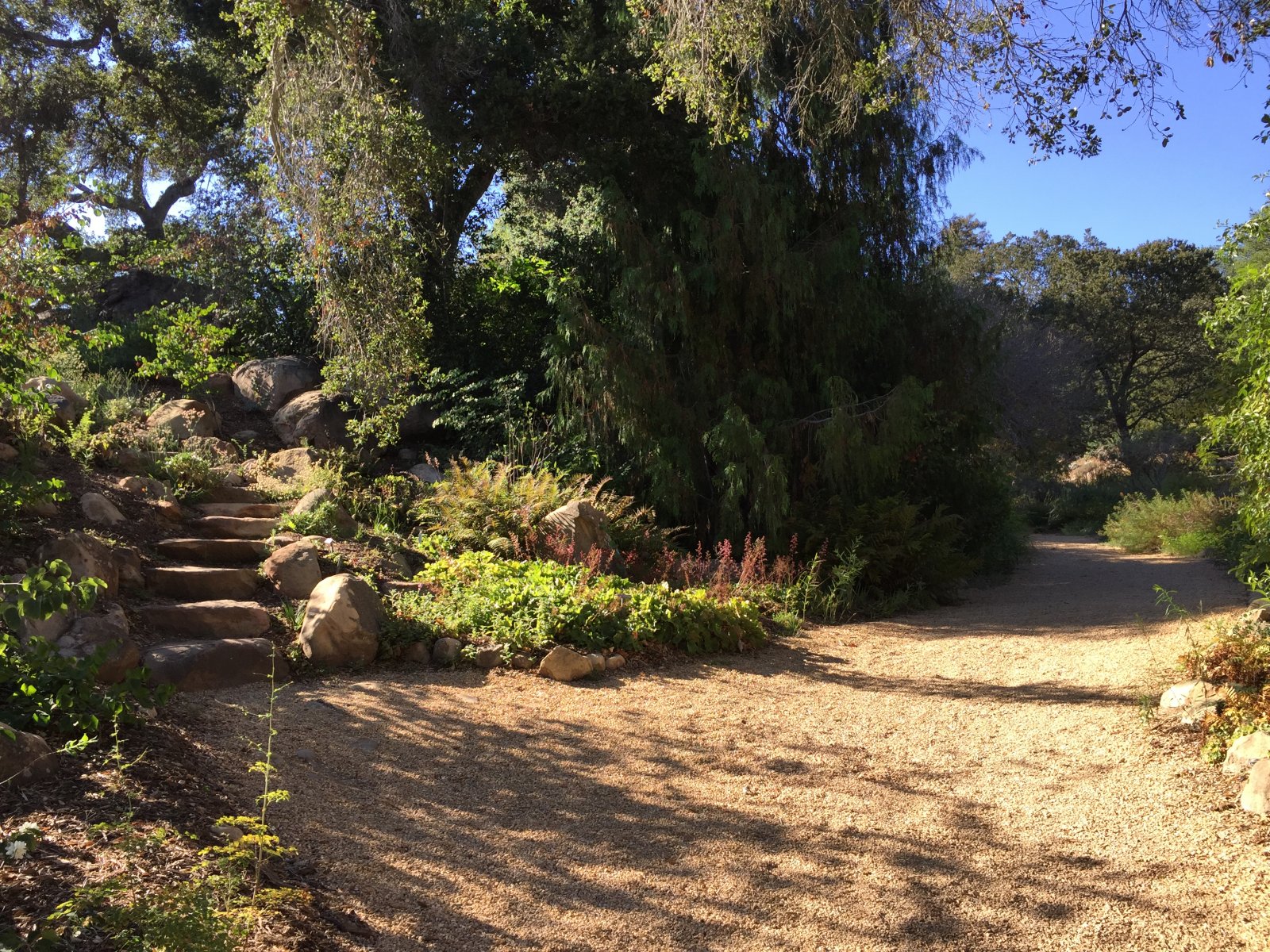 Amid the flowers and trees, above a Japanese Tea House, I told Jaclyn how she has changed my life. Most women can change a man, I professed, but only someone very special can make a man want to change himself. Various pains prevented me from actually getting down on one knee, so I swatted away the flies drawn to our matching abrasions, reached into my pocket, and asked her to marry me. 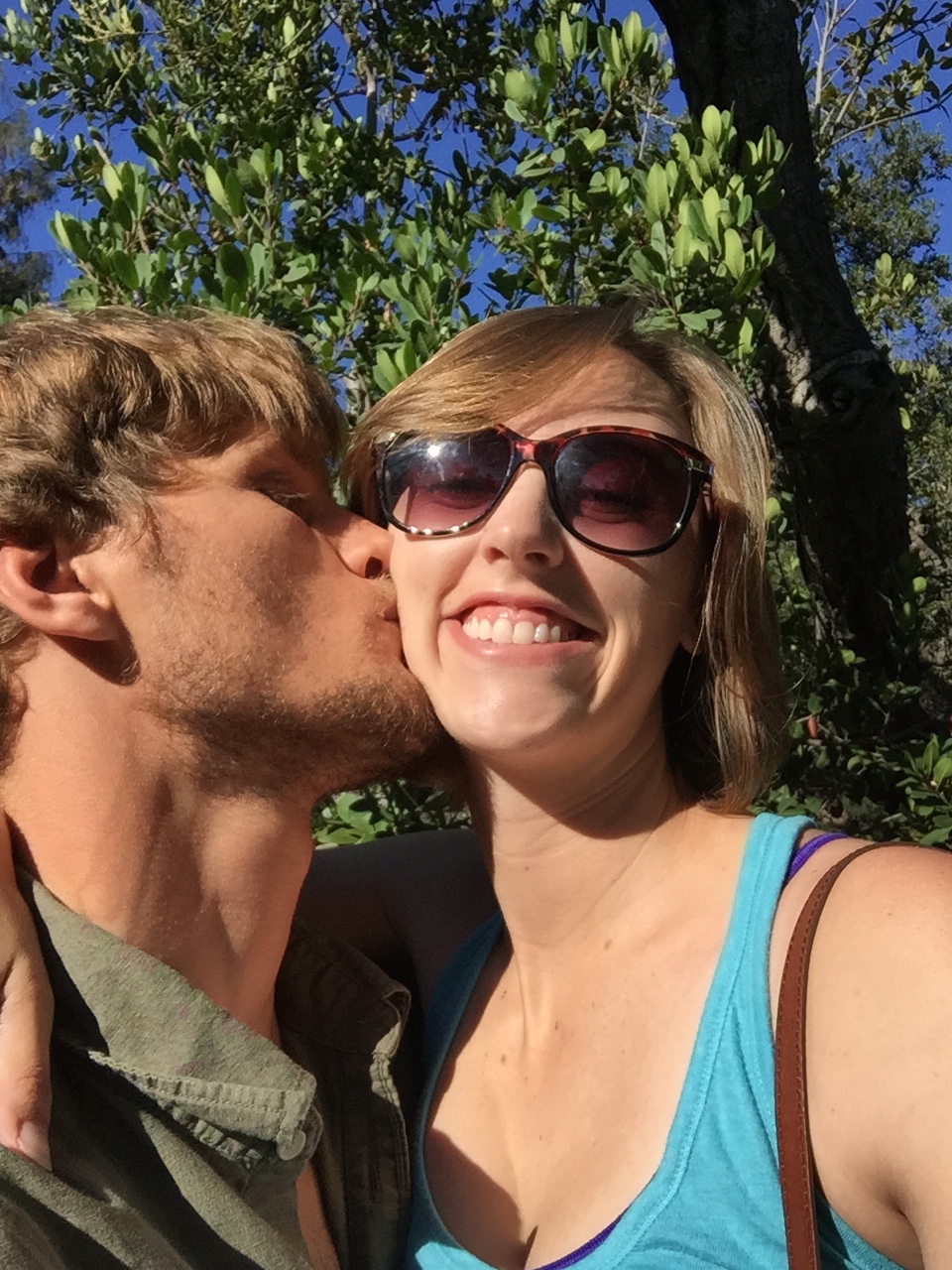 We drove on, retrieving the tandem which was still up top, hidden in a ditch. Along the way we stopped to show off our wounds and provide some water to a dehydrated friend out mountain biking on that hot day. 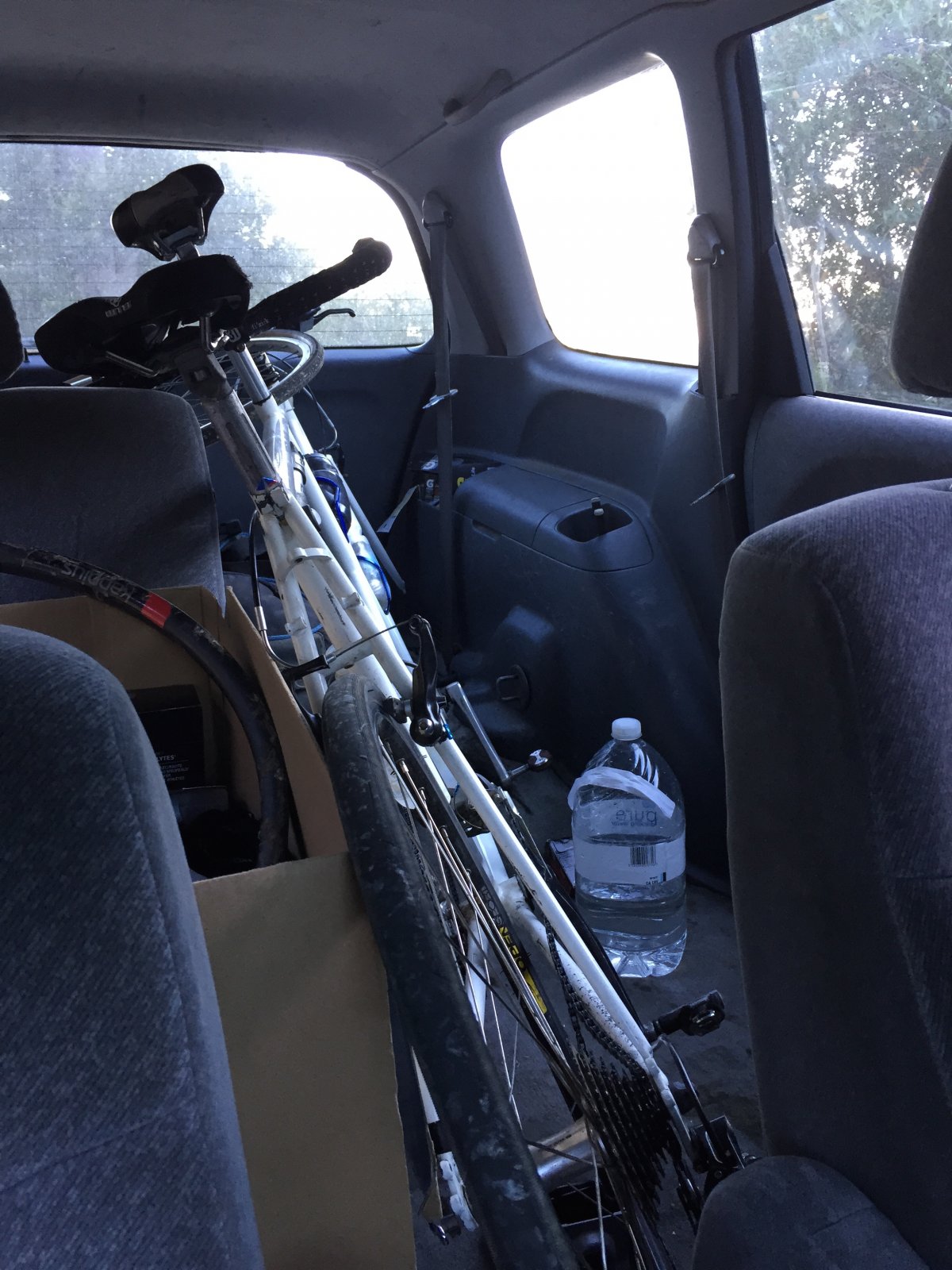 At this point, the sun was setting over the paradise we call home, requiring an impromptu photo shoot. 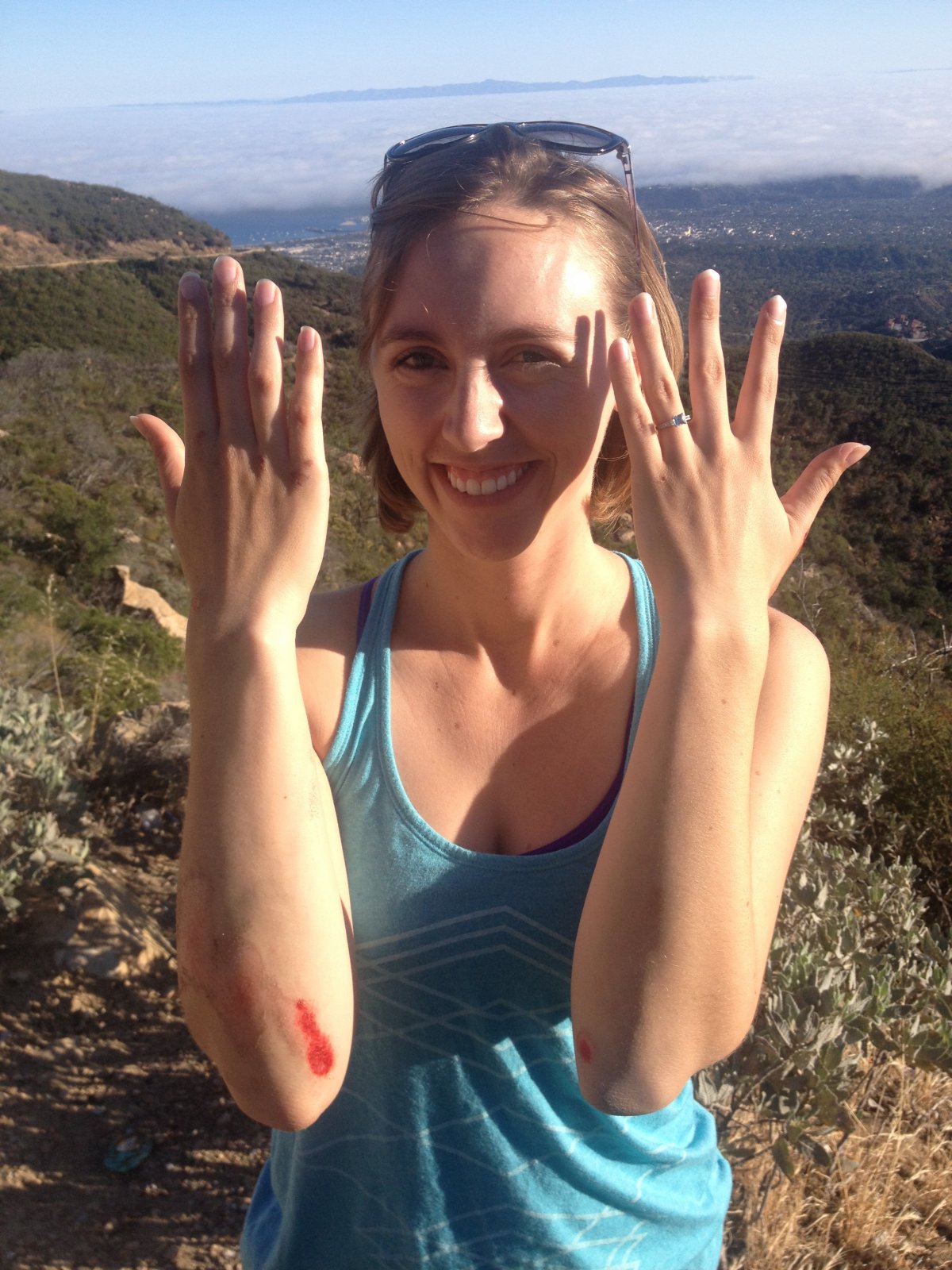 Shock was replaced with aching pain about midway through our excellent celebratory dinner (thanks for the cash, Grandpa!), but the emotions and smiles flowed with the champagne. Tegaderm, wine, phone calls, and even a few monster KOM's filled the rest of the weekend. But even in our sorry state, we got ourselves out the door and finished the original itinerary, ending the most exciting weekend of our lives at Saddle Rock, watching the sun set over the California Riviera. 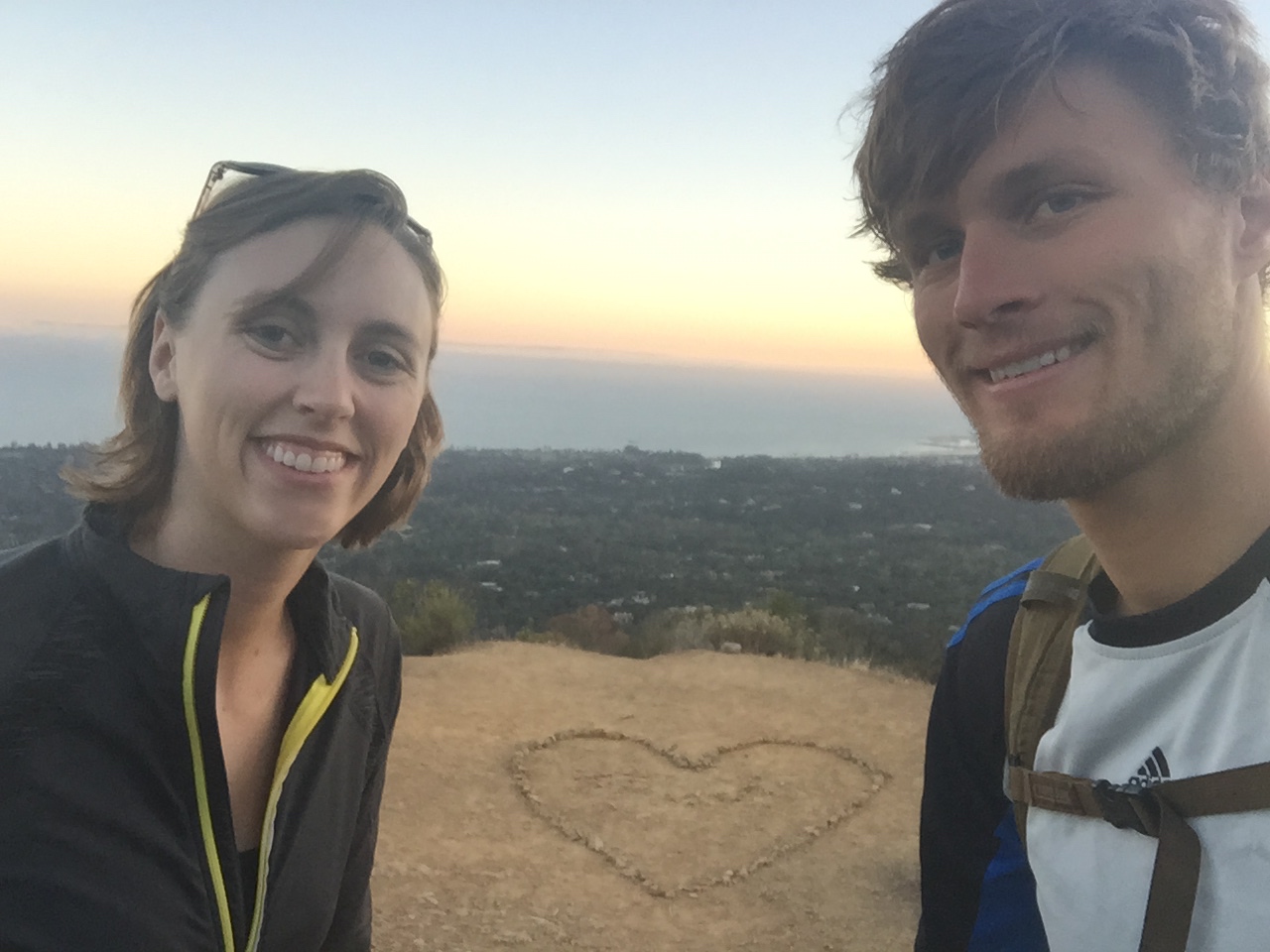